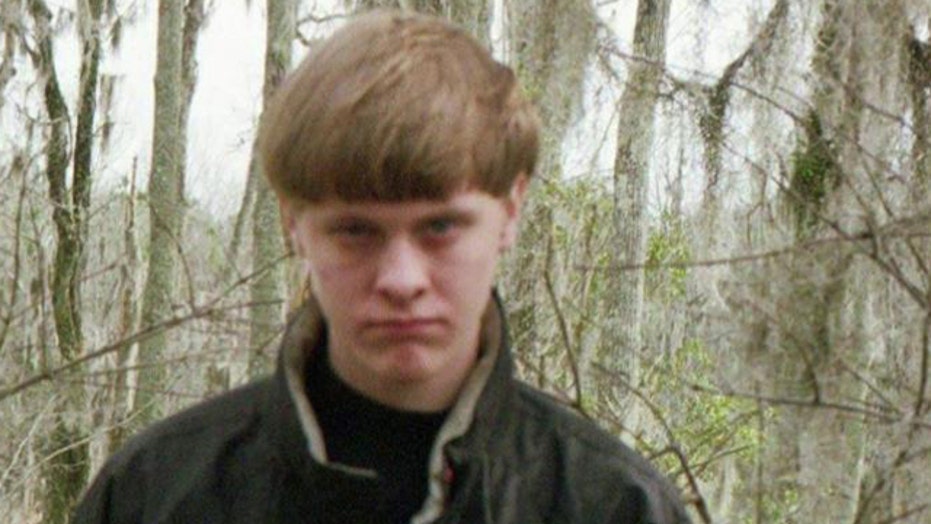 Police on Thursday nabbed the 21-year-old man suspected of gunning down nine people gathered for Bible study in a Charleston, S.C., church, nearly 14 hours later and 240 miles away after an all-night manhunt.

Dylann Roof, of Columbia, was captured without incident just before noon in a traffic stop after a tip led police to Shelby, N.C. He was in the black Hyundai sedan seen fleeing the horrific scene at Emanuel African Methodist Episcopal Church, where the church's pastor, Clementa Pinckney, who was also a state senator, was among those killed.

“We had a number of tips that were coming in,” Charleston Police Chief Greg Mullen said. “It was amazing the fact that we had teams ... standing by. Whenever we got a lead ... we sent out teams. It was a tremendous effort.”

“I am so pleased that we were able to resolve this case quickly ... so that nobody else is harmed by this individual.”

Roof waived extradition and was put on a plane from North Carolina on Thursday afternoon, authorities said. He was being held at a detention center pending a bond hearing, Charleston Police tweeted Thursday evening.

With Roof in custody, the focus turned to his motives and the victims in the horrific attack that shocked Charleston's close-knit African-American community and prompted President Obama, who knew Pinckney, to say it “raises questions about a dark part of history."

Clementa Pinckney was a beloved pastor and respected lawmaker before he was gunned down in his own church Wednesday night. (Grace Beahm/The Post and Courier via AP)

At least two people survived the attack. One was reportedly a five-year-old girl who obeyed her grandmother's instructions to play dead and the other was a woman whom the gunman freed to "tell the world" what happened, according to reports.

Pinckney, 41, had been a pastor since he was 18 and was the youngest African-American elected to the South Carolina legislature when he won office in 1996 at age 23 and had been a state senator since 2000.

Also identified by the Charleston County officials as among the dead were:

Cynthia Hurd was a librarian who worshiped at the venerable church. (Charleston County Public Library)

Police and local officials immediately branded the shooting spree a hate crime, and the Department of Justice announced Thursday morning that it had opened an investigation into whether federal charges were warranted.

Roof's childhood friend, Joey Meek, alerted the FBI after recognizing him in a surveillance camera image that was widely circulated, said Meek's mother, Kimberly Konzny. Roof had worn the same sweatshirt while playing Xbox videogames in their home recently.

"I don't know what was going through his head," Konzny said. "He was a really sweet kid. He was quiet. He only had a few friends."

The Post and Courier reported that Roof was arrested twice in South Carolina and was jailed in March in Lexington County on a drug charge. Roof received a .45-caliber pistol from his father for his 21st birthday in April, his uncle told Reuters. The uncle told the news agency that police were at the suspect's mother's home shortly after the shooting.

The church is a landmark in Charleston, which is known as "The Holy City."

Dot Scott, the president of the Charleston NAACP, told the Post and Courier newspaper that she had spoken with a female survivor who said the gunman told the woman he was letting her live so she could tell others what had happened.

"There is no greater coward than a criminal who enters a house of God and slaughters innocent people engaged in the study of Scripture," NAACP President and CEO Cornell Brooks said in a statement Thursday. "Today I mourn as an AME minister, as a student and teacher of scripture, as well as a member of the NAACP."

The church is a well-known landmark in Charleston, known as "The Holy City" because of its many houses of worship and denominations. The church traces its roots to 1816 when African-American members of the city's Methodist Episcopal Church, led by a freed slave, broke away to form their own congregation. The church was burned to the ground in the 1820s, and rebuilt a decade later.

The campaign of GOP presidential hopeful Jeb Bush sent out an email saying that due to the shooting, the candidate had canceled an event planned in the city Thursday. South Carolina Gov. Nikki Haley issued a statement calling the shooting a "senseless tragedy."