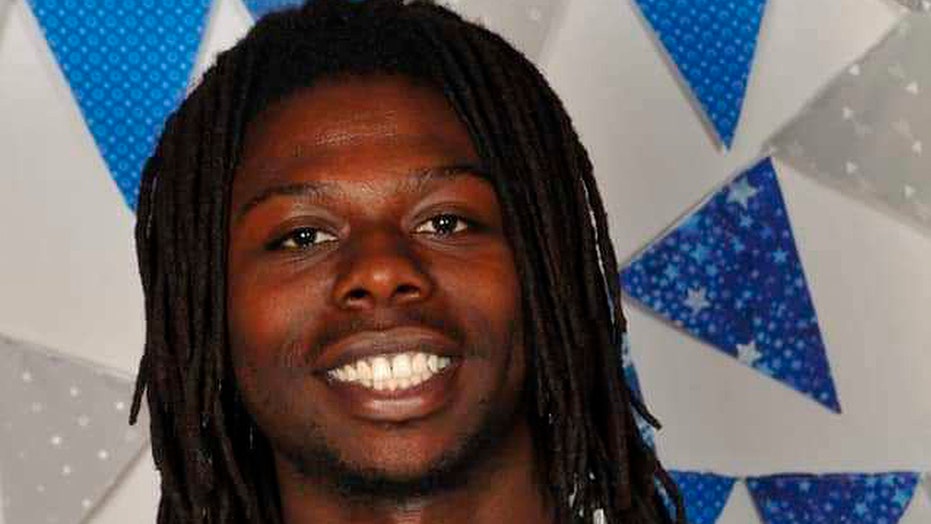 California’s attorney general is expected to conduct an independent investigation into the death of Robert Fuller, a 24-year-old black man found hanging from a tree in Palmdale, about 60 miles north of Los Angeles.

Though the city of Palmdale said it appeared Fuller died of an apparent suicide, activists claim officials rushed to judgment, arguing the man could have been a victim of a lynching. Fuller was the second black man to be found hanging from a tree within two weeks in the state.

Los Angeles County Supervisor Kathryn Barger on Saturday said she formally requested that California Attorney General Xavier Becerra conduct an independent investigation into the death of Fuller, who was found last week with a rope around his neck hanging from a tree near Palmdale City Hall.

Becerra “will lend additional expertise and oversight into this important investigation and provide the community with the answers they deserve,” Barger said in a statement, according to the Los Angeles Times. “It is my hope that our collective efforts will help to support those struggling and grieving surrounding the circumstances of this tragedy.”

In a statement Friday, the Los Angeles Sheriff’s Department said a passerby discovered a body, later identified as Fuller, hanging from a tree in Poncitlán Square, across from Palmdale City Hall, at around 3:39 a.m. on Wednesday, June 10.

“Although the investigation is on-going, it appears Mr. Fuller, tragically, committed suicide,” the department said, adding that detectives were in contact with Fuller’s family.

Lt. Kelly Yagerlener, of the Los Angeles County Medical Examiner-Coroner’s Office, said a decision on the cause of death is deferred pending an investigation. A full autopsy is planned.

Mayor R. Rex Parris of Lancaster, a city just under 10 miles north of Palmdale, said on Friday that law enforcement personnel who briefed him on the matter said all signs pointed to suicide, adding “there were apparently scars on his body consistent with previous attempts,” the New York Times reported.

“We really want to find out the truth of what really happened. Robert was a good little brother to us, and it’s like everything they’ve been telling us has not been right,” his sister, Diamond Alexander, said at a rally on Saturday underneath the tree where Fuller’s body was found hanging.

Activist Najee Ali led a crowd of some 2,000 people from the tree on an about half-mile march down the center of Sierra Highway to the Palmdale Sheriff’s Station, according to the Los Angeles Times.

Ali took a knee and held a moment of silence before then pounding on the glass doors of the station. A sheriff department helicopter circled overhead, and deputies in riot gear stood at the ready inside the station behind the tinted glass.

Lt. Derrick Ballentine, the watch commander, later came outside to address the crowd, saying he had no further updates besides that homicide detectives continued to investigate Fuller’s death. Ballentine said he had no opposition to calls for an independent probe.

Kim Kardashian West tweeted a link to a Change.org petition on Friday demanding a “thorough and proper investigation” into Fuller’s death. It had garnered more than 203,000 signatures by noon Sunday.

“It is evident that Robert did not commit suicide,” Katlyn Velliquette, who started the petition, wrote. “This is a clear case of intimidation by White Supremacists to show their distain (sic) for Black Lives Matter movement, the protests to demand change for racial equality and police brutality reform.”

“We demand a thorough and transparent investigation by Palmdale PD, providing ALL video surveillance from city hall & the surrounding buildings/area, the night Robert Fuller was lynched,” the petition continued. “This was not a case of suicide but murder; to find the persons responsible for his lynching and justice for Robert Fuller and his family.”

In a contentious news briefing Friday, community members confronted city officials, asking why they were quick to label his death a suicide.

Residents at the meeting demanded an independent autopsy and the release of surveillance video around the time and place where Fuller's body was found. City officials said there were no outdoor cameras, and video recorders on a nearby traffic signal could not have captured what happened.

“Maybe we should have said it was ‘an alleged suicide,’” City Manager J.J. Murphy said at the conference. “Can I also ask that we stop talking about lynchings?”

To that remark, the audience shouted: “Hell no!”

In this Saturday, June 13, 2020, photo provided by Najee Ali, people gather around the park where the body of Robert Fuller was found dead Wednesday, June 10 in Poncitlan Square in Palmdale, Calif. People marched to demand an investigation into the death of 24-year-old Robert Fuller, who was found hanging from a tree early Wednesday near City Hall. The protesters marched from where the body was found to a sheriff's station, with many carrying signs that said "Justice for Robert Fuller." (Najee Ali via AP)

Fuller's death has generated intense scrutiny, especially after nationwide protests in reaction to the death of George Floyd while in police custody in Minneapolis on May 25.

This case also brought to light the death of another black man found hanging from a tree on May 31 in Victorville, a desert city about 45 miles east of Palmdale.

In neighboring San Bernardino County, authorities said they’re investigating the cause of death of 38-year-old Malcolm Harsch near the Victorville City Library.

A sheriff's spokeswoman, Jodi Miller, told Victor Valley News foul play was not suspected, but the man's family said they were concerned it will be ruled suicide to avoid further attention.

In a statement to the Victory Valley News on Saturday, Harsch’s family said a few people who were at the scene told them there was blood on his shirt but no indication of a struggle. They said Harsch didn't seem to be depressed and had recent conversations with his children about seeing them soon.

“The explanation of suicide does not seem plausible,” the family statement said. "There are many ways to die but considering the current racial tension, a black man hanging himself from a tree definitely doesn’t sit well with us right now. We want justice not comfortable excuses.”