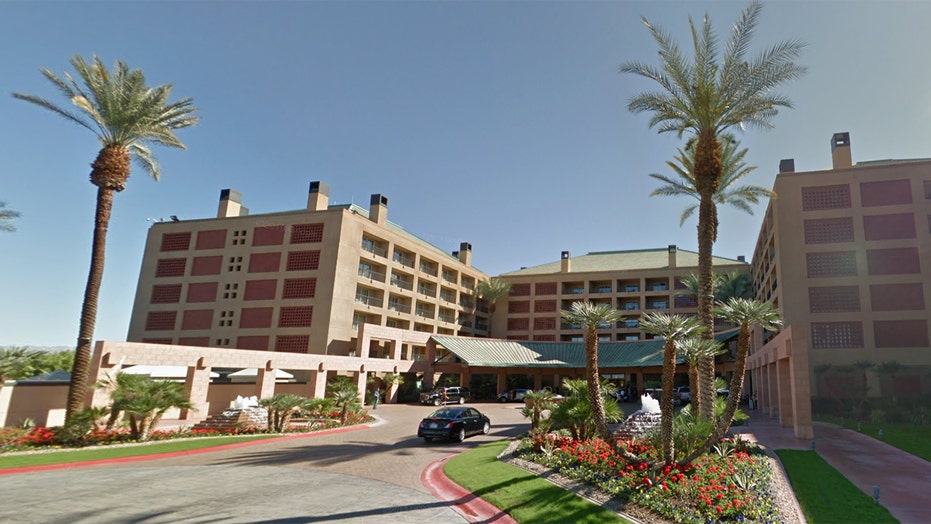 Local government officials in California attending a Saturday seminar at an upscale resort ended up involved in a wild brawl that led to at least one person being knocked unconscious, witnesses and authorities said.

At least seven people – including elected officials from Los Angeles – appeared to be in the melee at the Renaissance Indian Wells Resort & Spa, witnesses told the Los Angeles Times. The seven were “involved in an altercation and physical battery, the Riverside County Sheriff’s Department told the paper.

The officials were meeting at a California Contract Cities Assn. seminar, which holds meetings on how to tackle public crises.

“It was a hectic scene,” one witness told the Los Angeles Times.

It wasn’t clear who started the fight -- or why -- but it involved members of the Commerce City Council and other public officials, according to Commerce Mayor John Soria. Police attempted to identify those involved in the fight but were repeatedly stonewalled by uncooperative participants, according to the Los Angeles Times.

“I want to be clear in condemning the violent behavior from the individuals who initiated these assaults,” Soria said in a statement. “Once additional information is available, I intend to call on my council colleagues to take appropriate action regarding any individuals that represent the City of Commerce who were involved in the incident.”

Soria said he was told City of Commerce Councilman Leonard Mendoza and colleague Ivan Altamirano were having a heated conversation and, when he approached, Mendoza was on the floor and Altamirano had suffered a “facial injury.” Soria then said he and Altamirano were attacked “from behind.”

Mendoza told the Los Angeles Times he and Altamirano were arguing before he was struck in the head. He said the next thing he knew, he was in the hospital.

“It must've been one of those things where I got knocked out with one punch,” he told the newspaper, adding he wasn’t sure who struck him.

Photos on social media appeared to show Mendoza on the ground.

None of the assailants were identified and it’s unclear whether charges were filed or if authorities plan to file any charges.