Border agents in California rescued 11 illegal immigrants who became lost in the mountains just north of the U.S.-Mexico border on Saturday, officials said.

The El Centro station was notified around 12:20 a.m. of a 911 call from a migrant who stated he was lost with a group of 10 others and needed help, U.S. Customs and Border Protection said Monday.

Agents in the field responded to the phone’s last known GPS coordinates and located the lost migrants just before 1:30 a.m. one mile north of the U.S.-Mexico border in the Jacumba Wilderness region in Imperial County, the agency said.

No one in the group required medical attention.

Agents determined that all 11 individuals were Nicaraguan nationals and were in the country illegally, CBP said. All 11 migrants were taken into custody.

Border agents have rescued 264 individuals who were lost, in distress or abandoned by smugglers since October, the agency said. (U.S. Customs and Border Protection)

The rescue comes just days after Border Patrol agents from El Centro rescued 16 illegal immigrants in the same region after they also called 911 for help.

Border agents have rescued 264 individuals who were lost, in distress or abandoned by smugglers since October, the agency said.

Meanwhile, DHS sources told Fox News on Monday that more than half a million known "gotaways" have snuck into the U.S. since fiscal year 2022 began in October. 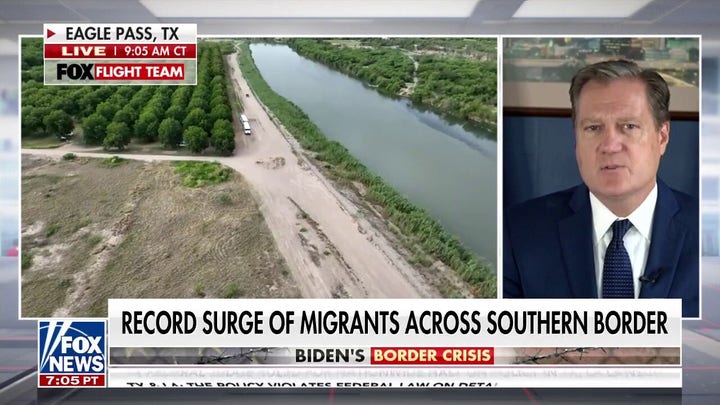 The Biden administration has repeatedly claimed the border is "closed," "secure" and under "operational control" despite the growing number of migrants overwhelming the border.

DHS Secretary Alejandro Mayorkas again dismissed claims about the border not being secure while speaking at the Aspen Security Forum last week.

However, law enforcement working at the border and those who live in border communities have since pushed back against Mayorkas’ claims.