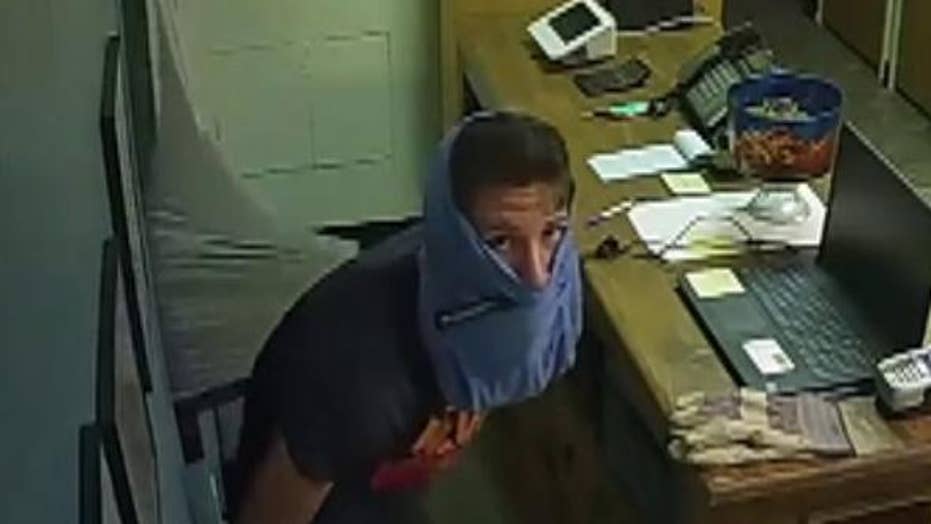 Texas police search for burglary suspect who is seen in surveillance video wearing underwear on his head.

Police in Texas are looking for a man who broke into an office while wearing underwear on his head.

The suspect — donning a blue pair of boxer briefs on his head, but not enough to completely hide his face — burglarized Enchanted Rock and Landscape Supplies in Leander, roughly 26 miles northwest of Austin, on June 16.

It wasn't immediately clear if he searched through all the office drawers.

The local police department posted surveillance video of the break-in to Facebook, in which the man is seen climbing through a window with what seems to be a flashlight in his mouth, before walking up to the security camera and apparently disabling it.

Authorities ask that if anyone recognizes the man, to contact the Leander Police Department at 512-528-2849, rather than identify him on social media.