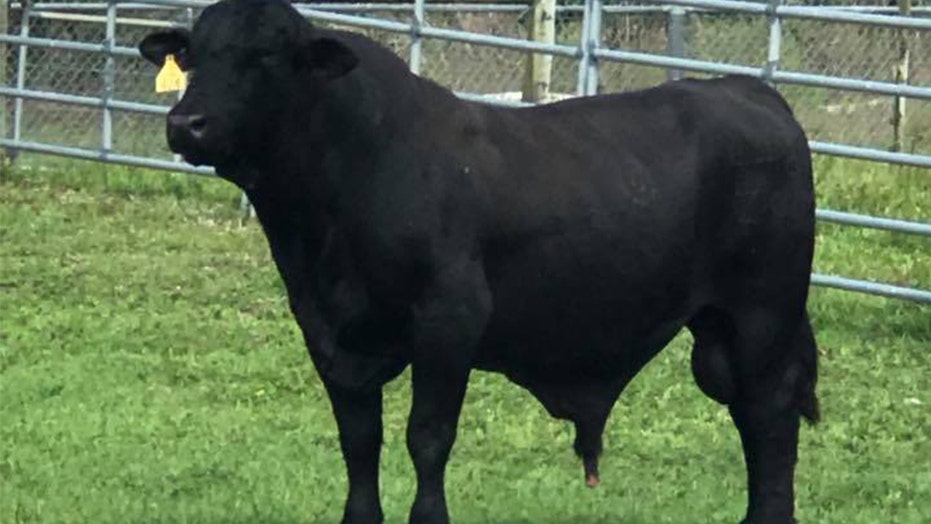 Police were called to a country club in southwest Florida on Sunday after a large bull decided to roam around the local golf course.

The Lee County Sherriff's Office says deputies responded to the Wildcat Run Golf and Country Club in Estero, Florida in an attempt to catch the Brangus bull, which was last seen in the woods near the course.

The bull made it out of the woods at one point, spending time at one of the greens, The Miami Herald reported. It's not yet clear how the bull impacted play throughout the day.

DO YOU CARE WHERE YOUR BURGER CAME FROM? AMERICAN CATTLE FARMERS DO -- WASHINGTON DOES NOT

He was found in the woods nearby but was also sighted on the green. ((Lee County Sheriff's Office))

Golf courses in Florida are more used to alligators roaming the fairways, but never large cattle.

“This Brangus Bull clearly did not have a membership for the Wildcat Run Golf course,” the Lee County Sheriff's Office posted on social media.

An agriculture unit for the sheriff's office responded to the bull and "safely secured him for transport."

Brangus Bulls can usually weigh between 1,800 to 2,000 pounds. They are a combination of the Brahman and Angus cattle breeds, and they usually have good temperament, according to the Beef Site.

It's not yet clear how this Brangus bull ended up at the golf course, but it does have a yellow tag attached to its ear.

The bull will remain at a holding facility, where police say it's being fed and cared for, according to the Lee Sheriff Instagram page. It will remain there until its owner claims him or he's taken to auction.