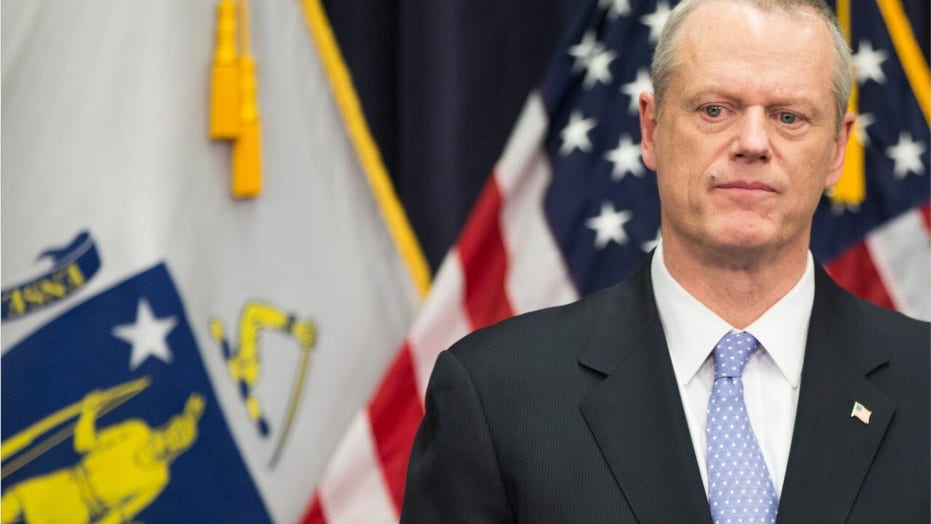 Massachusetts is opening over 300 day care sites for essential workers who need childcare.

Supermarkets are considered essential businesses amid a statewide stay-at-home order in Massachusetts and many other areas in the country.

Cashiers at a grocery store sanitize a card reader and the checkout area, March 26, in Quincy, Mass., as an extra precaution out of concern about the spread of the coronavirus. (AP Photo/Steven Senne)

"There's always a level of fear. Is today going to be the day that I get sick?" Lisa Wilson, a Shaw’s employee who helped organize the protest in Boston, told the Globe. "There's a bigger fear of how am I going to pay my bills and how am I going to take care of my family."

Wilson, 20, started two weeks ago after being laid off from her last job at a movie theater. She helps support her parents, is paid $12.75 an hour and receives one hour of paid sick time for every 30 hours worked.

In the hours following the protest, Boston Mayor Marty Walsh posted a video message on Twitter thanking grocery store employees for providing a critical service to the public amid the coronavirus crisis.

"We appreciate and support you, and we will continue to work around the clock with partners in government, health care and the community to slow the spread of the virus,” he said.

“I want to thank all of our grocery store workers for your hard work during this difficult time. You provide a critical service so when you hear your elected officials thanking heroes on the front lines, know that we are talking about you, too. Boston appreciates and supports you,” he added in the tweet accompanying the video.

An employee for Market Basket in Salem is believed to be the first grocery store worker to die from COVID-19 in Massachusetts . The store announced the death on Tuesday, and two other workers in the store have tested positive and begun to self-quarantine.

Stop & Shop already had given employees 10 percent raise amid the public health crisis. Workers at Whole Foods, Shaw’s and Trader Joe’s are being paid $2 extra an hour. Many grocery chains are granting an additional two weeks of paid sick time to employees who test positive for coronavirus or begin to self-isolate after potential exposure.

A spokesperson for Shaw’s and Star Market told the Globe the company was in the process of obtaining masks for workers. Trader Joe’s said the company has provided workers with gloves but still is working on distributing masks to all chains.

Whole Foods said workers have their temperatures taken, and receive masks and gloves at the start of each shift. Stop & Shop said all aisles are one-way in its stores and the company is procuring N95 masks for workers.

On Tuesday, the United Food & Commercial Workers union and Albertsons Companies, which owns Shaw’s and Star Market, launched a countrywide initiative to have grocery workers classified as extended first responders or emergency personnel. The status would give them priority for coronavirus testing and access to PPEs, the Globe reported. In Massachusetts and several other states, supermarket employees already have access to emergency child care.

Massachusetts is the sixth most infected state in the country, recording at least 15,202 confirmed COVID-19 cases by Wednesday morning, according to Johns Hopkins University. It ranked eighth in the nationwide tally of fatalities, recording at least 356 deaths in the state. Most positive cases are clustered in the eastern part of the state in where Boston is located in Middlesex, Suffolk, Essex, Norfolk, Worcester and Plymouth counties. 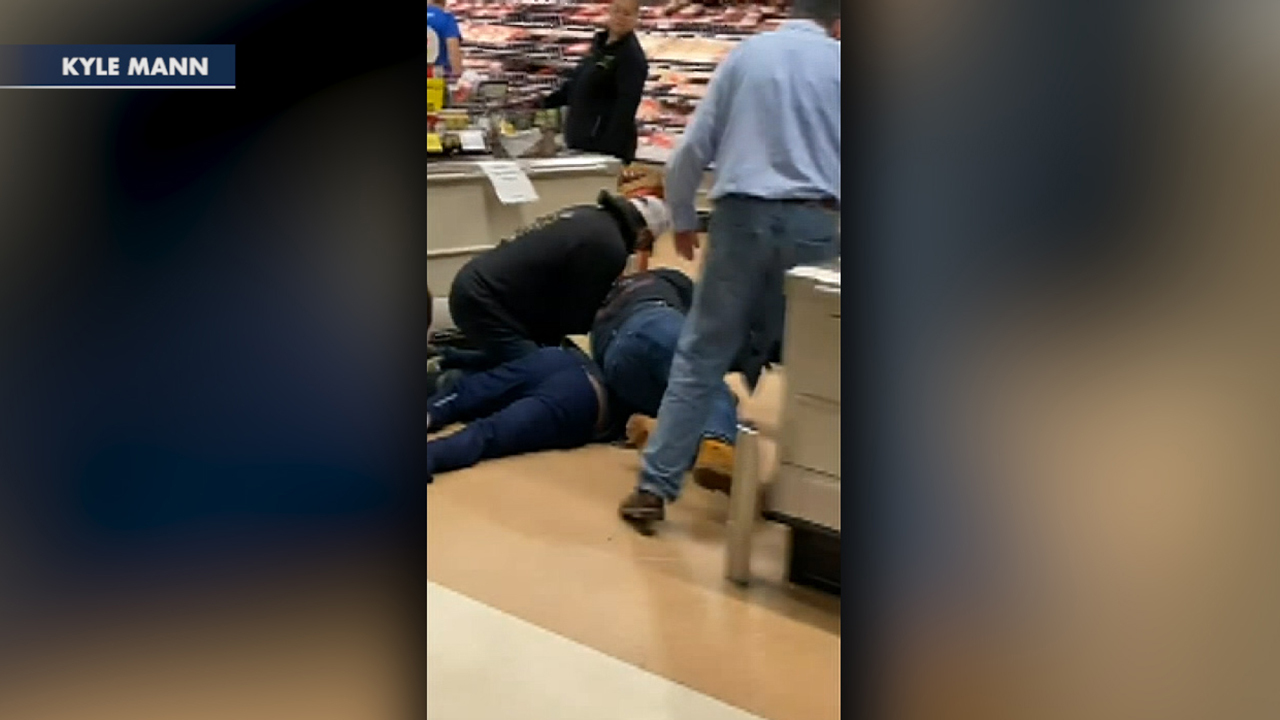 Several grocery store employees across Massachusetts and the country have tested positive for COVID-19.

On Monday, two workers at a Whole Foods in Hingham, Mass., tested positive. A store spokesperson said the store would support team members who were in quarantine and the store itself would be thoroughly deep cleaned and disinfected, WYCN-TD in Boston reported.

On Sunday, an employee at a Stop & Shop in Norwell, Mass., tested positive for the coronavirus. Similarly, Stop & Shop said the store would be cleaned according to the Centers for Disease Control and Prevention guidelines and employees who had recent contact with the individual who tested positive would be asked to self-quarantine as a precaution.