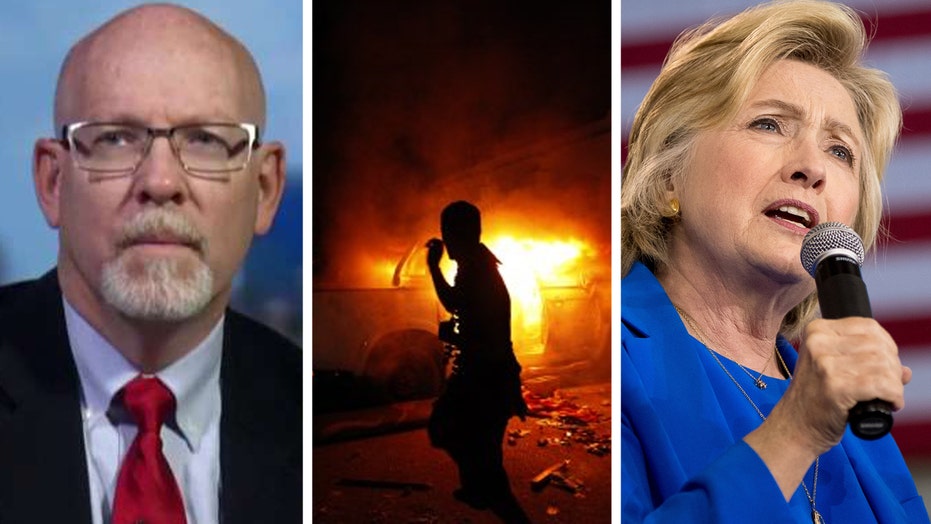 Op-ed: What the Benghazi attack taught me about Clinton

Deputy chief of mission at the U.S. embassy in Tripoli shares his view

Four Americans died in the 2012 terror attack in Benghazi, and those who survived saw their stories of heroism told in a Hollywood movie, but the filmmaker whose work was wrongly blamed for touching off the event lives in obscurity, poverty and fear, FoxNews.com has learned.

Nakoula Basseley Nakoula, the Coptic Christian whose short video “The Innocence of Muslims” was initially faulted for sparking the Sept. 11, 2012 terror attack at U.S. diplomatic compounds in Libya, is now living in a homeless shelter run by First Southern Baptist Church in Buena Park, Calif. He has served time in prison, been shamed publicly by the White House and threatened with death.

“I don’t believe in democracy anymore,” Nakoula told FoxNews.com. “I don’t think there is such a thing as freedom of speech.”

In the aftermath of the Benghazi attack, President Obama and then-Secretary of State Hillary Clinton seized on the anti-Islamist film as the cause of a spontaneous protest that turned violent. U.S. Ambassador J. Christopher Stevens, Foreign Service Information Management Officer Sean Smith and  CIA contractors Tyrone Woods and Glen Doherty were killed when armed terrorists laid siege to the compound and set it ablaze.

The story was told in the Michael Bay-directed film "13 Hours: The Secret Soldiers of Benghazi," which starred John Krasinski.

Nakoula, seen here in 2013 being escorted out of his home in Cerritos, Calif., lives under constant threat. (Reuters)

Nakoula’s video trailer, posted online and credited to “Sam Bacile,” mocked the Islamic prophet Mohammad – depicting him as everything from a bozo and womanizer to predator and homosexual. Although Obama and Clinton were later forced to acknowledge that the attack was an organized assault by Al Qaeda-linked terrorists, Nakoula was soon charged with eight counts of probation violation, jailed without bail and deemed a “danger to the community.”

Nakoula had previously been convicted of charges relating to bank and credit fraud, and federal prosecutors found his use of the Internet to post the video violated his terms of probation.

Nakoula, who is in his late fifties and has been in the U.S since 1984, declined to elaborate on his post-jail experiences, but said he plans to write a book about his ordeal.

For now, he deferred queries to the Rev. Wiley S. Drake, pastor of the First Southern Baptist Church. In August 2013, Nakoula was relocated from prison to a halfway house – a kind of house arrest although it’s a government facility – to serve out the remainder of his time, and a year later was released into Drake’s custody. For the past three years, Nakoula has been living at the homeless shelter on church grounds.

Drake, an Arkansas native who ran as an independent for the Presidential nomination in 2008 and again for 2016, said he sought out the controversial filmmaker in 2013 because he had grave concerns for the future of democracy in the United States.

“I wanted to find out what was really going on,” Drake told FoxNews.com. “They accused Nakoula of causing Benghazi, but it could not have been further from the truth.”

According to Drake, the federal government was concerned about the potential threats at the halfway house due to Nakoula’s presence, and agreed to release him to the church. Amid the hoopla sparked by his film and the finger-pointing, Nakoula indeed became a hot target for Islamic fatwas. In 2012, an Egyptian court sentenced him – in absentia – to death for defaming the religion and a Pakistani minister issued a $100,000 reward to have him killed.

Drake said that they have received a few anonymous phone threats – the last being about a year ago – but he refuses to back down.

“I have purposely not hidden that Nakoula is here,” he continued. “I’m not afraid of anything.”

Steven Davis, director of security management at the church, stressed that they take Nakoula’s precarious position as a “high value target” very seriously and said the church has well-trained personnel should any external threats arise.

“I talk to him on a regular basis, check he isn’t being followed,” Davis said. “It is hard to know how far the enemy – radical Islam – will push things.”

Nakoula remains under the supervision of the federal government, so he will likely be at the Church for at least another year. The average stay at the shelter is a few months, enough time for most to “get back on their feet,” said Drake.

Kenneth Timmerman, author of “Deception: The Making of the YouTube Video Hillary and Obama Blamed For Benghazi,” asserts that Nakoula was ultimately “the first victim of Islamic Sharia blasphemy laws in the United States.”

“He was collateral damage, as were the actors and actresses who became subject to death threats and fatwas,” Timmerman said. “Nakoula takes the fatwas seriously because he understands they are still active and cannot be rescinded.”

Drake also noted that from time to time he receives phone calls from different people at the State Department checking in on how Nakoula is faring, and while Drake typically gives a vanilla answer, he is concerned for his future. Nakoula has worked various part-time jobs at a pizza parlor and more recently driving for Uber, but as soon as people make the connection between him and Benghazi, work dries up.

“So we have put him to work here,” Drake said. “And he has transportation now so he can go and visit his family nearby, but he wants to keep them safe and out of the spotlight.”

It was revealed in last year’s House Select Committee hearings on Benghazi that, despite public proclamations otherwise, Clinton was well aware that the attacks were well-crafted and not spurred by “The Innocence of Muslims.”

According to Kris “Tanto” Paronto, one of the CIA security contractors and survivors of the Benghazi mayhem, the first he heard of the infamous movie or even protests was about 36 hours after the attack.

“I was in Germany recovering and had just woken up and I saw [U.S. Ambassador to the UN] Susan Rice mention it as the cause. Honestly, my first thoughts were that this was typical for this administration – spinning the truth,” he told FoxNews.com. “Even then we knew that it was Al Qaeda, and this incident would crush the narrative that we had terrorism under control.”

Paronto stressed that “Innocence of Muslims” played no part in Benghazi, and that the attack was well planned in advance.

“They knew when the ambassador was going to be there and they knew there would be no response when they attacked,” he continued. “He was a high-value target that was vulnerable and they exploited this opportunity to attack the consulate.”

Sources close to Nakoula say he was indeed “proud” of the film’s content, and has no reservations in continuing his outspoken stance against the Islamic religion when the timing is right. Drake however, noted that Nakoula has expressed some regret – not for the film’s controversial content – but for the trouble and stress it ultimately caused.

“If I could go back, I would do it again,” he told FoxNews.com three years ago from prison. “Everybody gets hurt in this culture. We need the world free of this culture. We have to fight it.”

The U.S State Department declined a request for further comment.