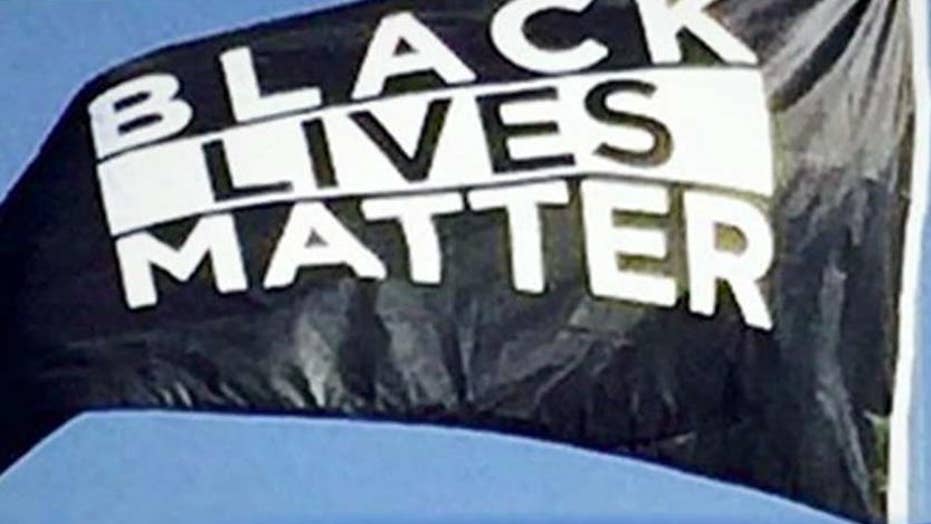 BLM flag hangs by US flag on college campus

A Black Lives Matter flag on the University of Vermont campus is sparking controversy.

The Student Government Association put the flag on display Thursday but not everyone is happy, Fox44/ABC22 reported Friday.

The Black Lives Matter flag is flying next to the American flag and the Vermont state flag near the UVM student center.

Some viewers told the station on Facebook that they think “All Lives Matter” in Vermont, according to the report.

They also left comments saying it was inappropriate to fly an organization’s flag at the same height of the American flag, the station reported.

Sullivan said flying the flag outside the student center isn’t an endorsement of the Black Lives Matter movement by the university, but reflects that students wanted to support the African-American community in the wake of recent police shootings in other states.

"I think given this particular time in the history of America, our students thought it was an appropriate time over the next couple of days to show their support for black communities in the United States," Sullivan told the station.

Flags representing other groups have flown from the same flagpole.

The Black Lives Matter flag will remain in place until Monday.