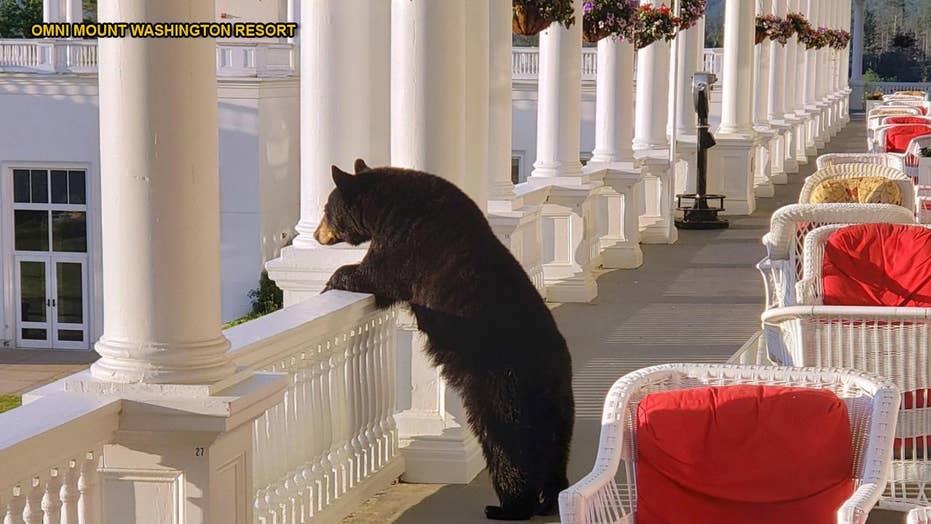 A New Hampshire resort employee spotted a black bear gazing out at the White Mountains.

He went to get a picture of the sunrise -- only to find an unexpected guest already enjoying the view.

An employee at the Omni Mount Washington Resort in New Hampshire has captured an image of a black bear gazing out at the White Mountains.

Sam Geesaman, who was working an overnight shift there on June 29, says he wanted to capture a glimpse of the sunrise that day but instead saw a bear climbing up a set of stairs, looking for food in a nearby trash can.

“I notified other hotel staff that we had a bear on the back veranda and that I would be attempting to keep the area clear of guests so they didn't walk into a morning surprise,” Geesaman told WGME.

The bear fled the area and headed toward the woods after Geesaman clapped and stomped.

New Hampshire has a history of bears invading nearby apartment complexes, campgrounds and homes.

Just four days ago, rangers in Woodstock, New Hampshire had to suspend camping after improper food storage attracted the animals to a campsite in the White Mountain National Forest.

A year ago, food shortages were primarily responsible for the increase of bear-human conflicts and the highest total of bear killings since 2014.