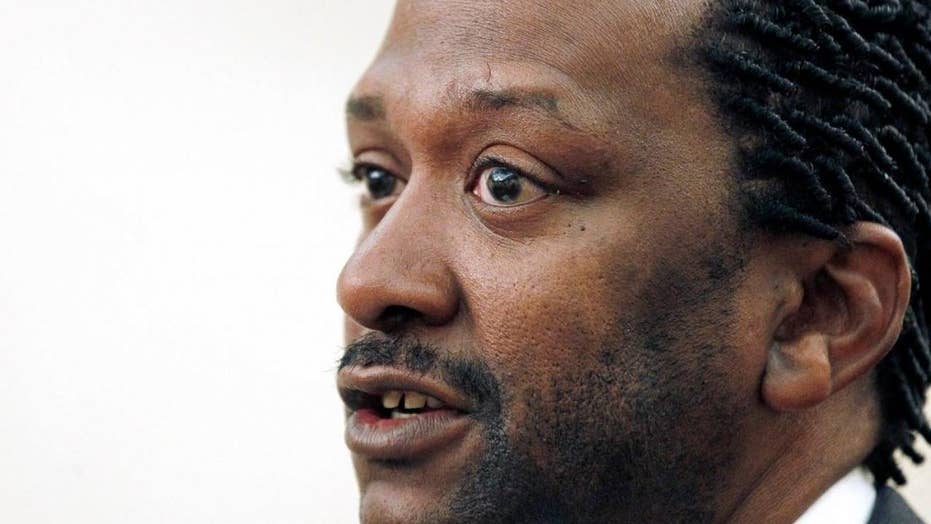 The Neo-Nazi group, National Socialist Movement, has a new black leader who plans to destroy the organization from the inside.

The idea has spawned a classic Dave Chappelle comedy sketch and a critically-acclaimed Spike Lee film, but now what once seemed ludicrous is serious: A black activist is the leader of one of America's largest neo-Nazi groups -- and he plans on destroying it.

James Hart Stern is the new director and president of the Detroit-based National Socialist Movement. The Associated Press reported he replaced Jeff Schoep as the group’s leader in January, according to Michigan corporate records.

Those records – and other available court documents – don’t explain how or why Stern rose to the leadership position of one of the groups that's been sued over the bloodshed at a 2017 white nationalist rally in Charlottesville, Virginia.

RADIO HOST SEEKS OVER $1M FOR CASE AGAINST NEO-NAZI WEBSITE

Though he only took over as head of the organization a short time ago, it seems Stern – who served a prison sentence for mail fraud in the same facility that housed onetime KKK leader Edgar Ray Killen – has been working for at least two years to disrupt and dismantle the group.

A message posted on his website said he would be meeting with Schoep in February 2017 to “sign a proclamation acknowledging the NSM denouncing being a white supremacist group.”

"I have personally targeted eradicating the [Ku Klux Klan] and the National Socialist Movement, which are two organizations here in this country which have all too long been given privileges they don't deserve," Stern said in a video posted on his site.

His apparent disruptions continued Thursday, when he filed documents asking a federal court in Virginia for summary judgment against his own group before one of the lawsuits goes to trial.

“It is the decision of the National Socialist Movement to plead liable to all causes of actions listed in the complaint against it,” Stern wrote.

Stern filed the court documents despite a federal magistrate judge in Charlottesville ruling last week that he could not represent the NSM in the case because he does not appear to be a licensed attorney.

Stern’s surprise ascension to the director position comes after apparent internal conflict between Schoep and other group leaders, some of whom have been at odds with rank-and-file members over the group’s direction. 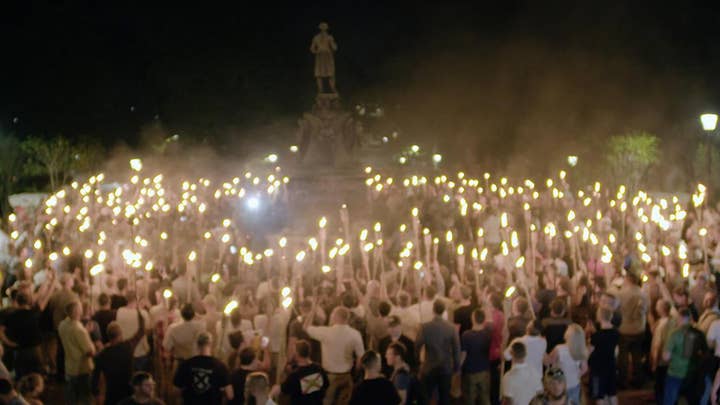 Matthew Heimbach, a leading white nationalist figure who briefly served as the NSM’s community outreach director last year, told the Associated Press that Schoep’s departure and Stern’s installation as leader likely means the end of the group in its current form.

"I think it's kind of a sad obit for one of the longest-running white nationalist organizations," said Heimbach, who estimates it had about 40 active, dues-paying members last year.

NSM members used to attend rallies and protests in full Nazi uniforms, including at a march in Toledo, Ohio, that sparked a riot in 2005. More recently, Schoep tried to rebrand the group and appeal to a new generation by getting rid of such overt displays of Nazi symbols -- though there's no indication of any change in the group's preference for bigotry and anti-Semitism.

On Wednesday, lawyers for the plaintiffs suing white supremacist groups and movement leaders over the Charlottesville violence asked the court to sanction Schoep. They say he has ignored his obligations to turn over documents and give the plaintiffs access to his electronic devices and social media accounts. They also claim Schoep recently fired his attorney as a stalling tactic.