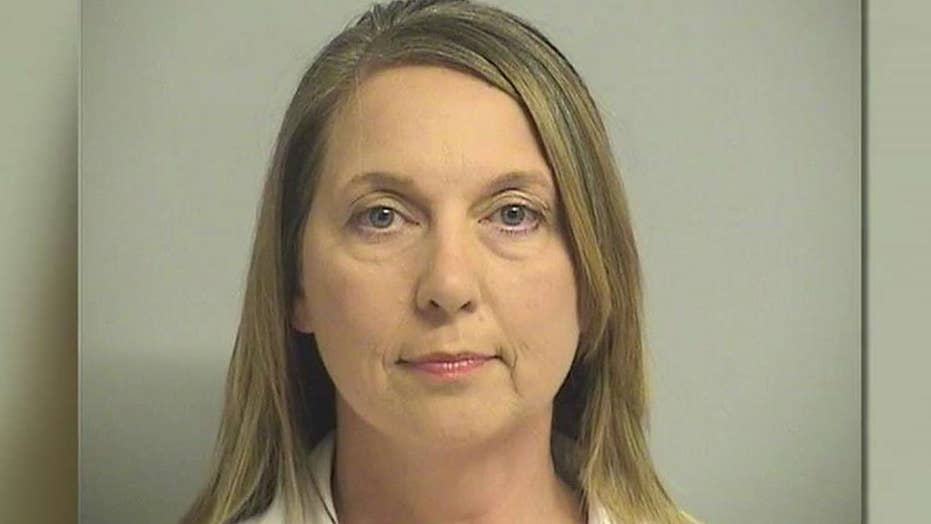 Tulsa cop turns herself in for shooting of unarmed man

TULSA, Okla. – An unarmed black man shot dead by a white police officer after his car broke down on a city street last month was high on the hallucinogenic drug PCP in when he died, according to toxicology tests released by a medical examiner Tuesday.

Terence Crutcher, 40, had "acute phencyclidine intoxication" when he died Sept. 16. Officer Betty Jo Shelby was charged with first-degree manslaughter after his death, with a prosecutor saying she reacted unreasonably when Crutcher disobeyed her commands.

Medical literature says PCP, also known as Angel Dust, can induce euphoria and feelings of omnipotence as well as agitation, mania and depression.

Dr. Matthew Lee, a physician and pharmacist who also works for the Virginia Office of the Chief Medical Examiner's Office, said the 96 nanograms per milliliter of PCP found in Crutcher's system is more than enough to cause someone to be uncoordinated, agitated and combative.

"It's on the high side, relative to causing some sort of impairment or intoxication," Lee said.

Videos from a police helicopter and a dashboard camera showed Crutcher walking away from Shelby on a North Tulsa street with his arms in the air, but the footage does not offer a clear view of when Shelby fired the single shot.

Tulsa police had said previously that they had found a vial of PCP in Crutcher's SUV — and the police officer's lawyer said she had completed drug-recognition training and believed Crutcher might have been under the influence of drugs.

Lawyers for Crutcher's family have said previously that even if drugs were present, the shooting wasn't justified.

According to an eight-page report from the Office of the Chief Medical Examiner in Oklahoma City, Crutcher suffered a "penetrating gunshot wound of chest" and noted both of Crutcher's lungs were pierced and that he had four broken ribs. In addition to saying Crutcher had PCP in his system, it said he was obese and had too much cholesterol in his gallbladder. The examiner recovered a bullet fragment from Crutcher's left chest.

Shannon McMurray, one of Shelby's defense attorneys, said the report helped provide an early "snapshot" of evidence in the case and that as more is released, "it will be clear in my mind as the case unfolds that the officer was justified in her use of force." Another Shelby lawyer, Scott Wood, had said previously that the officer was so focused on Crutcher that she didn't hear other officers near her before she fired her service weapon. Almost simultaneously, another officer fired a Taser at Crutcher as he moved toward his SUV.

In a text message to The Associated Press on Tuesday, Tulsa County District Attorney Steve Kunzweiler said he expected the tests would show Crutcher had drugs in his system, including the possibility of PCP.

Shelby, 42, has pleaded not guilty. She faces between four years to life in prison if convicted.

Tulsa has a history of troubled race relations. Four months before Crutcher's death, a white former Tulsa County reserve deputy, Robert Bates, was sentenced to a four-year prison term on a second-degree manslaughter conviction. He said he confused his stun gun with his handgun when he fatally shot an unarmed black man in April 2015. That shooting led to the temporary suspension of the reserve deputy program after a report found poor training of the volunteer officers, a lack of oversight and widespread cronyism.