The co-owner of a South Jersey gym who has butted heads with state officials over his open defiance of coronavirus lockdown orders told "Tucker Carlson Tonight" Thursday that the state "emptied out every single dollar that we have" amid a legal fight over the legitimacy of millions of dollars in related fines.

"As of yesterday morning, my partner [Frank Trumbetti] and I checked the bank statement ... and we had no money in our bank account," Atilis Gym co-owner Ian Smith told host Tucker Carlson.

Smith tweeted Wednesday that New Jersey Democratic Gov. Phil Murphy "and his cronies" had seized "100%" of their legal defense funds, an amount he said totaled $173,613.60.

Smith further argued that the seizure amounts to "effectively and intentionally interfering with our right to council [sic].

"If you think that’s gonna make us stand down, you’re delusional," he concluded.

Gyms are allowed to remain open in New Jersey, provided they follow COVID-19 protocols. According to Smith, Atilis Gym patrons are not required to wear masks, thus violating the protocols. The Bellmawr establishment is fined $15,000 every day it remains open and does not adhere to the protocols.

"This is in the middle of an appeals process and ongoing litigation in the matter of the fines and several other matters regarding the state, including a lawsuit against Governor Murphy and [State Health Commissioner] Judith Persichilli," Smith explained.

A spokesman for the New Jersey Attorney General's office told "Tucker Carlson Tonight" in an email Thursday that Smith's information "is not accurate."

"The State has not seized their bank account funds," the spokesman said. "However, the State has obtained judgments against the owners, and intends to collect on them. The total due and owing as a result of court-entered judgments to date is $134,463.08." 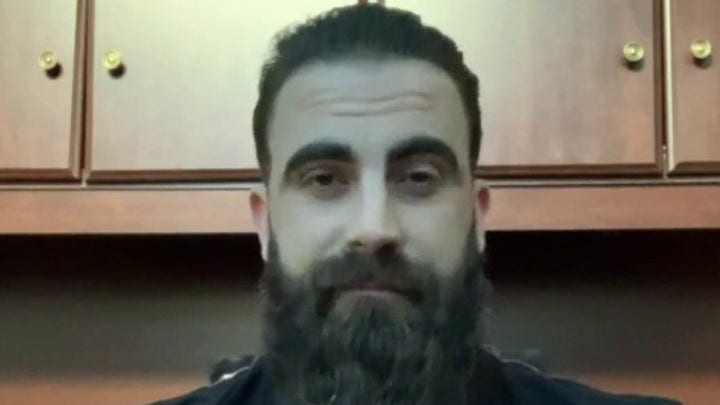 In a subsequent email, the spokesman indicated that $165,222.16 in assets had been "frozen as a result of a bank levy having been issued due to the State’s collection efforts".

"Again, we can confirm that we’re seeking to collect on the judgement that has been entered into --$134,463.08," he concluded. "Whether that affects the entire balance of the gym’s funds is a question to ask the bank."

Smith told Carlson Thursday that all future monies collected by himself and Trumbetti will be immediately transferred into cash assets. 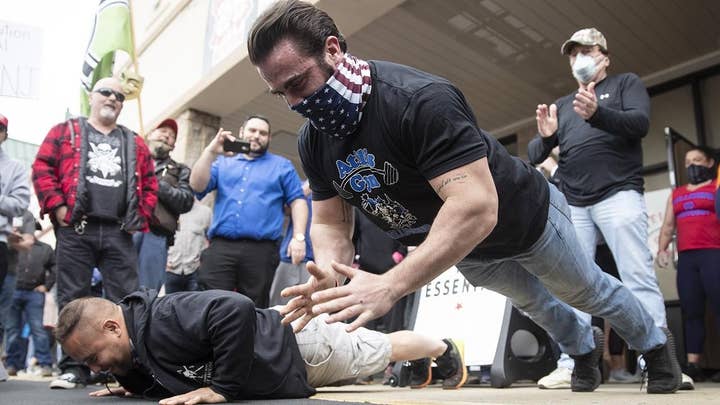 Carlson pointed out the irony of the gym owners "being punished for trying to keep people healthy and trim in the middle of a pandemic that kills people who are overweight and out of shape.

"You are doing more than he [Murphy] has to save people's lives," the host added to Smith, "and of course you are being destroyed for it."

Smith has insisted that no cases of COVID-19 have been traced to Atilis Gym, which has become a symbol of American business owners' frustrations with restrictions during the months-long pandemic.

On July 27, Smith and Trumbetti were arrested after defying a court order allowing authorities to shut the gym down. Five days later, the pair posted video of themselves kicking down wooden barricades used to block the gym entrance.

Later in August, GOP U.S. Senate candidate Rik Mehta designated the gym as a "political venue," exempting it from shutdown orders for the duration of his campaign.

In December, Smith went to Trenton to personally serve Murphy with a Recall Petition in hopes of forcing an April recall election of the Monmouth County Democrat.