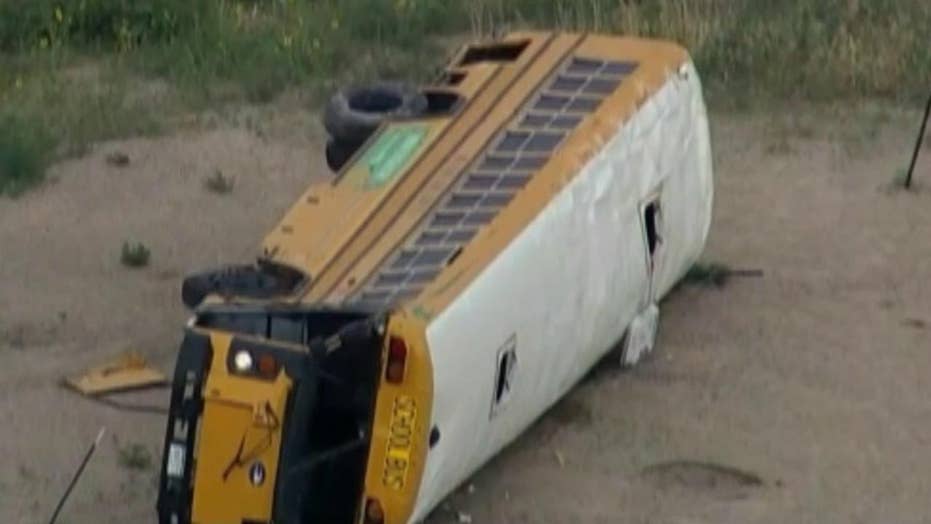 Raw video: Crash leaves Colorado school bus on its side

Officials say the bus collided with a truck, causing it to flip on its side. The number or extend of injuries is unknown.

At least 26 people have been injured in a school bus crash in Weld County, Colorado, Thursday afternoon.

The crash happened near the intersection of County Roads 49 and 24, northeast of Hudson.

Greeley-Evans School District 6 confirmed that the bus was coming back from a day trip to Elitch Gardens in Denver.

The students aboard the bus were from Greeley Central High School and Northridge High School.

Colorado State Patrol said the school bus collided with a truck. The agency said that after its initial investigation, it appears the truck driver fell asleep.

CSP said about 36 people were on the bus.