Artist Scott LoBaido on Wednesday said his latest creative endeavor is an installation that seeks to bring attention to suicide rates among veterans. (Scott LoBaido)

Artist Scott LoBaido on Wednesday said his latest creative endeavor is an installation that seeks to bring attention to suicide rates among veterans.

The installation features a theme with the number 22, according to a document provided by the artist to Fox News.

“Each day 22 of our Veterans commit suicide,” the document said.

The statistic apparently came from a Department of Veteran Affairs’ (VA) report from 2012.

However, according to a news release from the Office of Public and Intergovernmental Affairs from June 2018 regarding the VA’s national suicide report from 2005-2015, “the average number of veterans who died by suicide each day” stood at 20.

The installation will include two number 2s that face one another, with their center forming “an empty heart” shape, according to LoBaido. 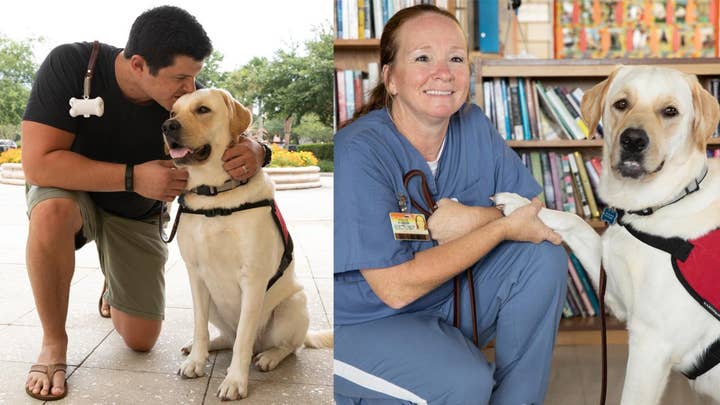 “The 22 will be made of hard, lightweight foam board and wood and hand painted in the stars and stripes on both sides and be lit up with hidden spotlights,” the document said.

Additionally, “22 pairs of empty boots” and “22 life-size figures representing the 22 Vet souls lost each day” will be set up around the sculpture, according to the document.

The project, the “22-13 Traveling Art Installation” is set to kick off on March 7 and the first part of the tour will visit “our first 13 states on the east coast for 7 weeks,” according to LoBaido.

“This patriotic art tour is to heighten awareness to this severe crisis and grab the attention of the nation and figure out how to bring this number down,” the document said. “They sacrificed for us. Let us return the favor.”