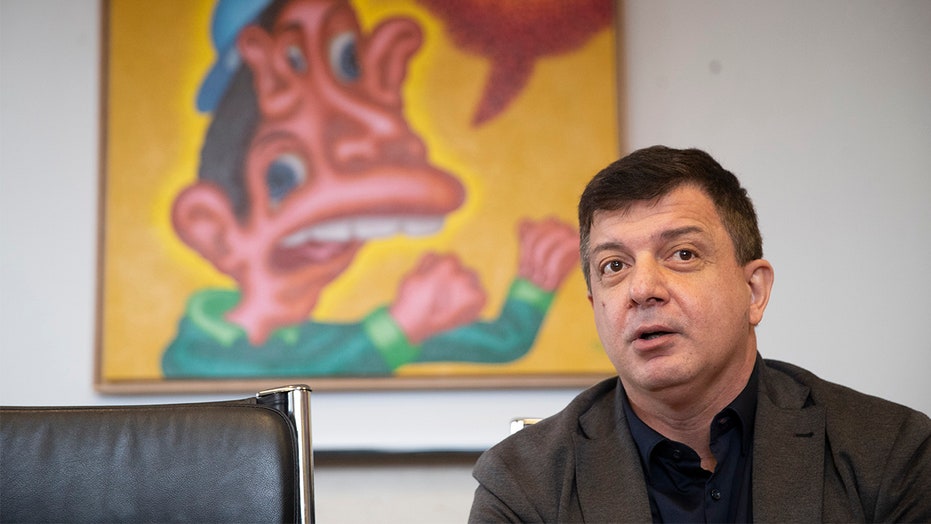 Performance artist David Datuna explained on Monday at a news conference why he ate the banana duct-taped to a wall -- which had sold for $120,000 -- at Art Basel Miami over the weekend.

“I call the performance, ‘Hungry Artist,’ because I was hungry and I just ate it,” the New York-based artist said. “The banana tasted good. It tasted like $120,000.”

Datuna added: “It’s not vandalism. I’m a performance artist, and this is my performance.”

The New York Post reported that the Perrotin art gallery insisted it was “absolutely not pursuing any legal action,” and “never had any plans to from the very beginning.”

Around 1:45 p.m. on Saturday in front of a convention center full of art lovers, Datuna ate some of the banana, gallery representatives had told the Miami Herald.

Video of the performance surfaced on social media.

“It’s not a banana, it’s a concept,” Datuna said, art blog Hyperallergic reported. “I just ate the concept of the artist.”

“This is the first time where an artist eats the concept of another artist,” he added, per The Post.

The controversial banana art piece, titled “Comedian,” was created by Italian artist Maurizio Cattelan. Two pieces of the work quickly sold for $120,000. The Perrotin gallery raised the price to $150,000 for the third piece, which is to be sold to a museum.

Cattelan’s work was no longer on display Sunday, thanks to “several uncontrollable crowd movements,” and the art was taken down at the request of Art Basel’s organizers, The New York Post reported.

Art Basel Miami has been a yearly December event during which celebrities and artists have descended for a star-studded week of festivities in Florida, including glamorous parties and art shows.

Datuna, however, has mixed feelings about his newfound notoriety.

“Everybody calls me ‘Banana Man’ now. I am not this banana eater person -- I am an artist,” he said.