This work of art seems to have a lot of a peel.

An odd piece of artwork that consists of a banana duct-taped to a wall has sold for $120,000 at a Miami art fair.

The piece, titled "The Comedian," was created by Italian artist  Maurizio Cattelan, who is behind an 18-carat gold toilet offered to President Trump earlier this year.

Two of the three editions of the banana artwork sold for $120,000 at the Art Basel Miami festival and a third is expected to fetch $150,000, Miami's WFOR-TV reported.

The event is a star-studded affair that occurs every December and includes parties and shows. The price tag of "The Comedian" has spurred criticism of wealth inequality and materialism.

Several other users voiced support for a wealth tax in light of the sale.

Cattelan said he'd been working on the "The Comedian" for a year and initially wanted to create a bronze banana.

“Wherever I was traveling I had this banana on the wall. I couldn’t figure out how to finish it,” he told Art Net News. "In the end, one day I woke up and I said, ‘The banana is supposed to be a banana.'” 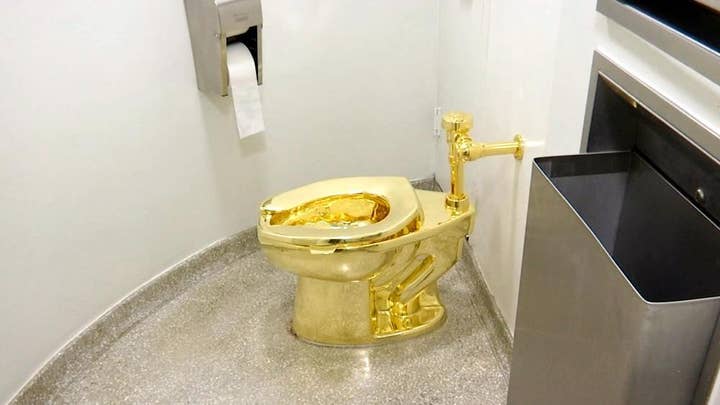 The artist is also behind the gold toilet offered to the White House on loan by New York City's prestigious Guggenheim Museum. The museum rejected a request to display Van Gogh's 1888 "Landscape With Snow" work in the residence and proposed the toilet instead.