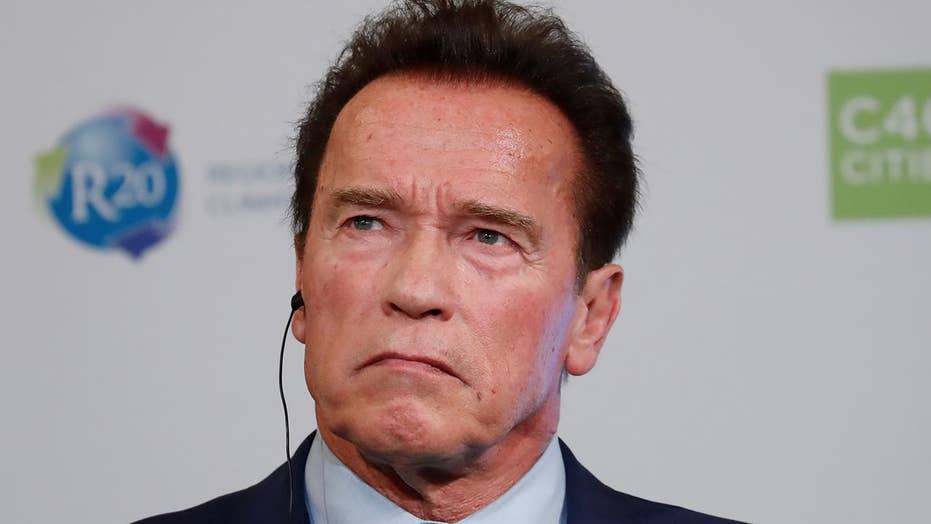 Arnold Schwarzenegger took a spin around Paris on Monday ahead of an international climate summit, slamming President Trump’s decision to pull out of the Paris agreement.

The former Republican governor of California was seen riding around Parisian streets on the green bike in the leadup to a Tuesday climate summit hosted by French President Emmanuel Macron.

Schwarzenegger spoke at an event hosted by R20, an environmental nonprofit he founded. The politician and action-movie star maintained that Trump’s rejection of the Paris climate accord didnot matter because companies, scientists and other governments can “pick up the slack” to reduce global emissions, The Hill reported.

"Donald Trump pulled Donald Trump out of the Paris agreement, so don’t worry about that.”

Schwarzenegger, a prominent green campaigner, acknowledged that many people “don’t understand what global warming or climate change really means.” He urged environmental activists to focus on fighting pollution instead because of its health risks.

“Donald Trump pulled Donald Trump out of the Paris agreement, so don’t worry about that,” Schwarzenegger said. “We at a subnational level are going to pick up the slack and continue on. We will fight and we will create the kind of future for our children and grandchildren because that is our responsibility and no one will stop us.”