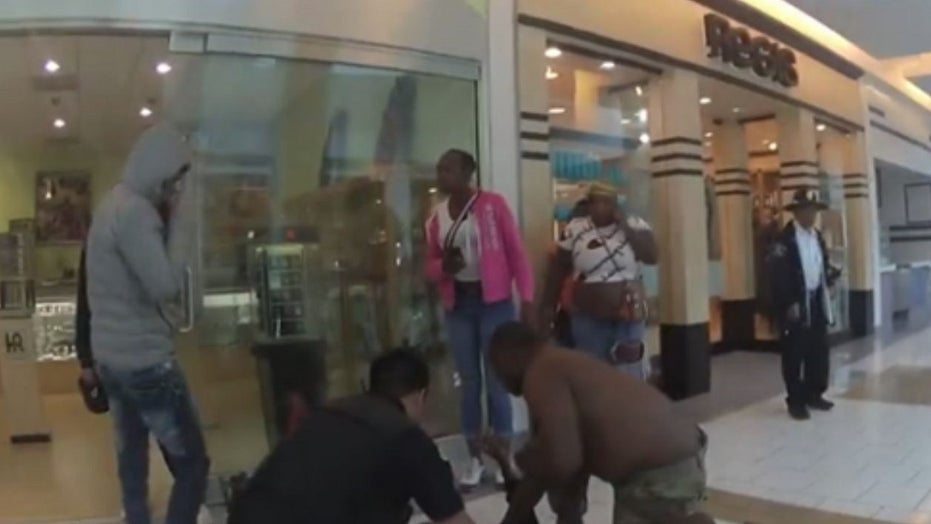 Two Army recruiters were recognized last week for providing life-saving aid to two teenagers wounded during a shootout at a San Francisco-area mall over the summer.

Staff Sgt. Isaiah Locklear, 28, and Staff Sgt. Michael Marl, 34, received the Soldier's Medal -- the Army's highest non-combat award -- for “heroism not involving conflict with an enemy" for their actions on July 2, the San Francisco Chronicle reported.

The staff sergeants said they were talking with a potential recruit in their offices at The Shops at Tanforan in San Bruno when they heard gunfire. A dispute between two groups of youths sparked the shooting.

“That’s when we heard two or three shots,” Marl told the Army Times in July. “We kind of looked at each other and were like, ‘Is this gunfire?’"

The two men instructed a recruit to go hide in the back while they ran to assist two injured victims.

Locklear, a native of Brooklyn, N.Y., used his shirt to apply pressure to a 16-year-old's stomach gunshot wound and helped carry another boy to a stretcher.

“That kid really needed help,” Locklear told the Chronicle. “He kept saying to me, ‘Please don’t let me die.'"

Marl attended to another teen who was wounded on the thigh.

“I just applied pressure, kept the kid calm and made sure the friend he had there with him didn’t go running around until the cops showed up,” said Marl, a native of Sitka, Alaska, who served deployments in Iraq and Afghanistan. “Thankfully, one of the first cops that came up actually had a tourniquet."

Four youths were injured in the shooting and have since recovered. Three teens and an 18-year-old man, Deandre Gantt of San Francisco, were arrested. Investigators recovered a gun in a nearby home.