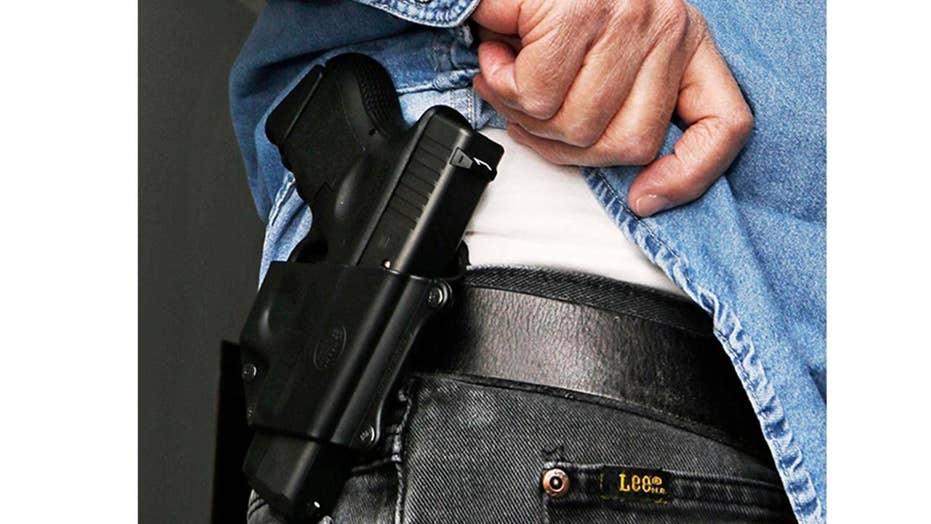 Concealed Carry Reciprocity Act: What you need to know

A look into what the Concealed Carry Reciprocity Act means for gun owners, how it would impact current gun laws, and what's next for the legislation.

A Good Samaritan with a concealed carry permit is being credited with helping to subdue a man involved in a deadly stabbing on Friday at a busy tourist spot in Seattle.

Scott Brown was working at one of the food stands in the Armory, the food-court area in the Seattle Center, when the stabbing took place.

"I saw a girl on the ground laying on someone's lap, people rushing over," he told Q13 News. "My focus was going outside."

Scott Brown, who has a concealed carry permit, helped subdue a man involved in a deadly stabbing at the Seattle Center on Friday. (Q13 News)

Brown, who has a concealed carry permit, chased after suspect David Lee Morris as he fled the area.

In a video shot by a witness, Brown can be seen confronting Morris. Brown said he never wanted to shoot somebody, but to just keep Morris from getting away.

In court documents obtained by KOMO News, Morris admitted to killing 28-year-old Gabrielle Garcia. Morris said he and Garcia had a 5-year-old son, who witnessed the stabbing.

The 30-year-old told authorities the couple had relationship problems and Garcia had recently filed a protection order against him, according to court documents obtained by the television station.

When confronted after the stabbing, Morris then allegedly asked Brown to shoot him.

"Once he saw that I had a gun, he kept trying to convince me to shoot him," Brown told Q13 News. "(He was saying) make sure I don't miss. Make the shot count. He killed the only person he ever loved."

Another man eventually joined Brown and pepper-sprayed Morris until police arrived, used a Taser, and arrested him, Q13 reported. Morris is scheduled to appear in court on Monday.