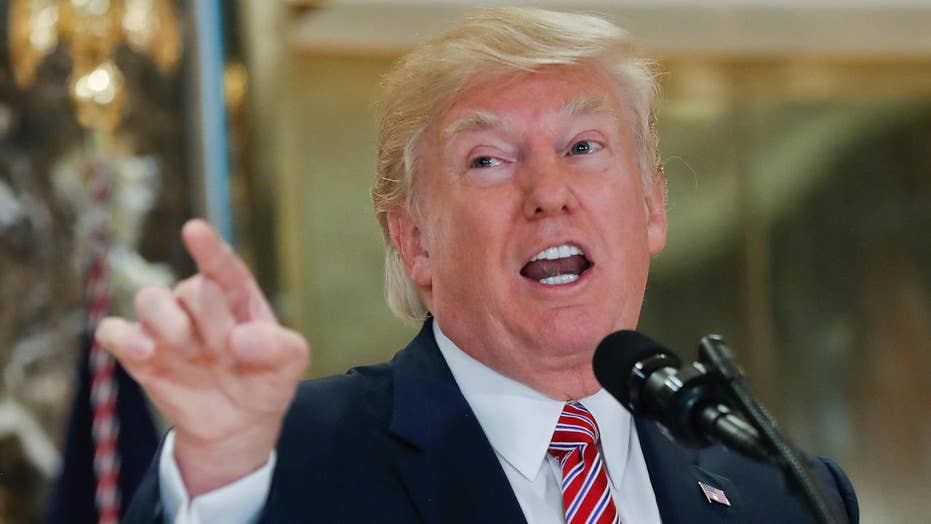 Trump doubles down on response to Charlottesville

A biomedical engineering professor at the University of Arkansas spent the weekend in hiding with his wife after being falsely accused on social media of being one of the torch-bearing white nationalists who marched through the University of Virginia on Friday night.

A photo of Kyle Quinn, an assistant professor at the Engineering Research Center at the University of Arkansas, was posted alongside one of a man attending the Friday night rally. The man at the rally was wearing an “Arkansas Engineering” T-shirt and had a beard and build similar to that of Quinn.

While the striking resemblance between Quinn and the man in the photo was enough for some on social media to draw the conclusion that the two were the same person, that assumption turned out to be wrong.

Quinn was not in Charlottesville on Friday night, but was actually 1,100 miles away enjoying an art exhibit at the Crystal Bridges Museum of American Art and dinner with his wife and a colleague in Bentonville, Ark.

“I was at an event in Bentonville, AR with faculty members and university administrators on Friday during the horrible events in Virginia,” Quinn wrote in a tweet on Sunday. “Whoever wore the shirt obviously does not represent my values, the values of the College of Engineering or the U of A.”

Despite his clarification, the social media snafu had already gone viral and Quinn’s Twitter and Instagram accounts were quickly swamped with messages calling for him to be fired and accusing him of being a racist. When his home address was posted on social media, Quinn began to fear for his safety and decided that he and his wife would stay with a colleague for the weekend.

Quinn’s plight highlights the increasing trend of accidently or carelessly spreading incorrect information during a breaking news event. While numerous news organizations have been guilty in the past of misidentifying people, the act of wrongly identifying someone has reached a new level with the emergence of social media channels like Twitter and Facebook.

The practice of publicly identifying someone and their personal information has become so widespread that it has become known as “doxxing” and led Twitter to consider it a violation of their user rules.

Still, social media watchdogs like @YesYoureRacist used the platform, and hashtags like #ExposeTheAltRight and #Namethenazi, to identify numerous white nationalists who attended the rally in Charlottesville over the weekend.

A white supremacists carries the Confederate flag as he arrives for a rally in Charlottesville, Virginia, U.S., August 12, 2017. REUTERS/Joshua Roberts - RTS1BI7C

One man, Cole White, was forced to resign from his job at a hot dog restaurant in California after being outed on Twitter, and a 20-year-old student at the University of Nevada-Reno, Peter Cvjetanovic, was forced to publicly defend himself after a photo of him shouting at Friday’s march was published by numerous news organizations.

“I did not expect the photo to be shared as much as it was. I understand the photo has a very negative connotation,” Cvjetanovic told local media. “But I hope that the people sharing the photo are willing to listen that I’m not the angry racist they see in that photo.”

In regards to Quinn’s plight, officials at the University of Arkansas confirmed that the man at the rally was not the professor and added that they were working to figure out if the man was or had been a student in the engineering program. So far those efforts have been unsuccessful.

The engineering department has about 1,000 students in the program and the T-shirt seen in the photo is sold at the university’s bookstore.