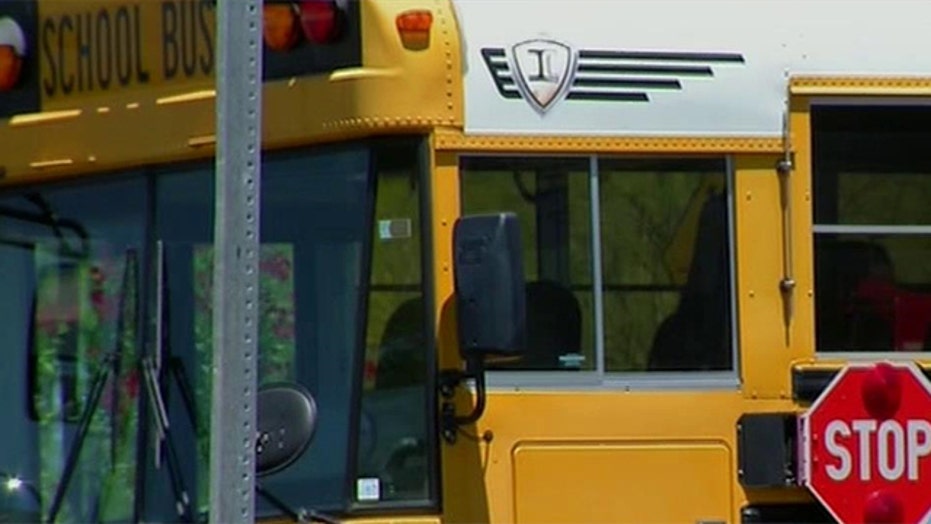 School bus driver on leave after refusing to let kids off

An Arizona school bus driver has resigned from a Phoenix school district a week after he locked dozens of students in the vehicle, chastised them for their behavior and drove off while angry parents pounded on the door demanding their children be let off.

Dysart Unified School District spokeswoman Polly Corsino confirmed the resignation Wednesday, but did not release the name of the driver.

Surveillance video shows the driver preventing more than 30 elementary school students from exiting the bus in the town of El Mirage while he lectured them for hitting and yelling.

"The longer we stay here, the more your parents are going to get upset — and not at me," he can be heard saying. "They're going to be getting upset with you because it's your fault you're not getting off the bus."

At least one upset parent can be heard knocking, to which the driver responds, "You break that door, you're going to be buying a new one. Your kid will get off the bus when I'm done with them."

Children can be heard crying for their parents to help them get off the bus. They continue to scream and cry as he drives off.

Parents immediately called 911. "He's actually driving away with all our kids," Adam Kautman told an emergency dispatcher, according to an audio recording. "One of the dads tried ripping the door open. And this guy's screaming at the kids."

El Mirage police met the bus at the school where the children were let off. Police said the incident is under investigation.

None of the children were injured, Corsino said.