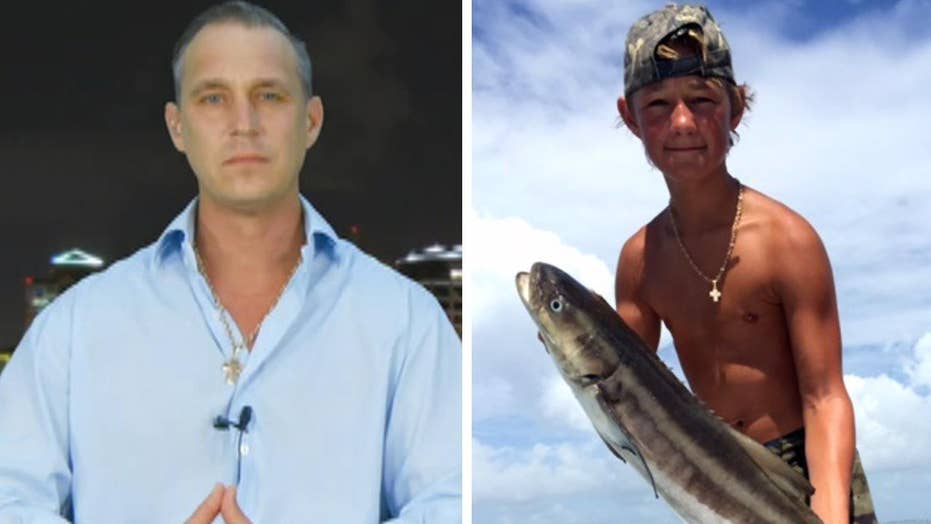 Father of Austin Stephanos, who, along with Perry Cohen, went missing at sea last July, goes 'On the Record' on what he believes authorities will find on his son's iPhone and why he believes there's foul play in the case

A recovery team could not reveal any clues from an iPhone belonging to one of two teen fishermen who vanished in the Atlantic Ocean last summer, a family attorney told local media Wednesday.

Michael Pike, lawyer for Austin Stephanos' father, Blu, said the Apple engineers were unable to restore the phone, which turned up on the teens' boat when it was recovered off Bermuda in March.

Pike told the Sun Sentinel his client was "devastated." There was no immediate response from Apple.

Blu Stephanos said the team took apart the phone to clean and try restoring its components. "The fact that it can no longer function doesn't diminish its value as a cherished memory of my beloved son," he said.

Austin Stephanos and Perry Cohen disappeared on July 24 when their 19-foot boat capsized north of Jupiter, Fla. during a storm. Both were 14 at the time. A Norwegian freighter recovered their boat.

Cohen's mother had sued Stephanos' parents and the Florida Fish and Wildlife Conservation Commission to have the phone examined by an impartial third party after the commission released it to the Stephanos family. According to local media reports, the phone was described in court as rusted and deteriorating because it had been submerged in water. Last month, Palm Beach County Circuit Judge Gregory Keyser ordered for the iPhone 6 to be shipped overnight to Apple.

A pilot who took part in the search told FoxNews.com he was positive he saw one of the teens floating on debris two days after their boat capsized. Bobby Smith said he saw two white pieces of debris tied together with an orange life jacket.

He went to 200 feet and saw a person waving his hands over his head. He said he climbed to 1,500 feet so he could radio controllers and when he went back down he could no longer find the person. The Coast Guard went to the area and also could not find anything.