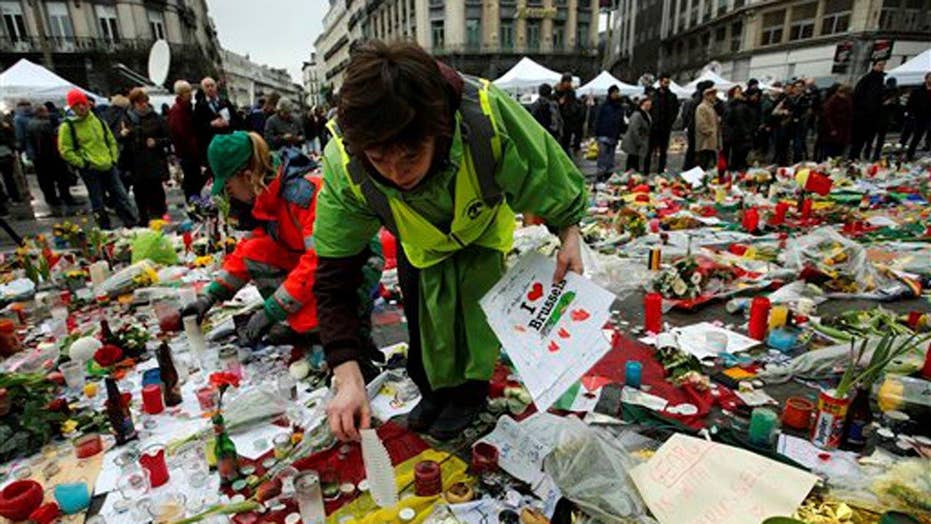 Lessons from the Brussels terror attacks

An American couple, missing since Tuesday's terror attacks in Brussels, has been identified as victims of the bombings at the Brussels airport, the Associated Press reported Saturday evening.

Justin Shults, 30, and his wife Stephanie Shults, 29, had not been seen since Tuesday.

The Associated Press reported that Stephanie Shults' employer Mars, Inc., said in a Facebook post Saturday evening that her family had confirmed that she and her husband died in the bombings at the Brussels airport.

Justin Shults' employer, Clarcor, had confirmed earlier Saturday that he died in the attack.

The Shultses were killed when coordinated ISIS terrorists detonated bombs at the Brussels airport and a subway station, Sheila Shell said in a statement.

"We have been notified by officials today that Sheila's son, Justin Shults, died as a result of the bombings at the airport in Brussels, Belgium, on March 22,” she and her husband Jon Shell said.

Justin Shults and his wife were dropping off Stephanie’s mother, Carolyn Moore at the airport when the attacks occurred.

Moore was not hurt.

“We deeply appreciate all the prayers and outpouring of concern for our family during this extraordinarily difficult time,” they added. “We would also ask everyone to kindly allow us privacy as we mourn.”

The last thing my brother ever told me is that he loved me....Go rest high on that mountain. pic.twitter.com/7GErysffGy

Sheila Shell had arrived in Brussels late Thursday to look for the couple.

“We found out today that cowards took my brother's life," Shults’ brother Levi Sutton wrote on Twitter on Saturday.

Sutton, wrote on social media Saturday that his brother "traveled the world, leaving each destination better than when he arrived."

Justin Shults, originally from Gatlinburg, Tennessee, and his wife, a Lexington, Kentucky, native, graduated together from Vanderbilt University's Owen Graduate School of Management.

Brussels prosecutor Ine Van Wymersch told The Associated Press Saturday that 24 of the 31 people killed in the attacks have now been identified.

He said 11 of them were foreigners. One was former Belgian ambassador to the United States, Andre Adam.

Of the 270 wounded, 93 are being treated at a Brussels military hospital. A doctor there says Saturday that 15 people are in a serious burns unit, five of them in intensive care.

Sutton said the State Department notified the family that Justin and Stephanie were in a hospital. But then he found out that was mistaken.

He said a social worker in Belgium said the family was given incorrect information.

The State Department Friday confirmed that two Americans died in the Brussels attacks.

"The United States is praying and grieving with you for the loved ones of those cruelly taken from us, including Americans, and for the many who were injured in these despicable attacks," Secretary of State John Kerry told Belgian Prime Minister Charles Michel in Brussels Friday.

Relatives of siblings Sascha and Alexander Pinczowski, Dutch nationals living in New York known to have been at the airport, issued a statement Thursday confirming that the pair was not on a list of survivors.

Justin and Stephanie were living in Nashville when Stephanie was offered the opportunity to move to Brussels by her company, The Washington Post reported late Friday.

His company let him make the move too, the paper reported.

They lived in the center of Brussels and weren’t frightened even as the Belgian capital begain to gain a reputation as a terrorist hub, Stephanie’s aunt said.

“They’ve just really enjoyed the experience of being in Europe,” Betty Gregg Newsom told the Post. “They had not mentioned feeling unsafe at all.”