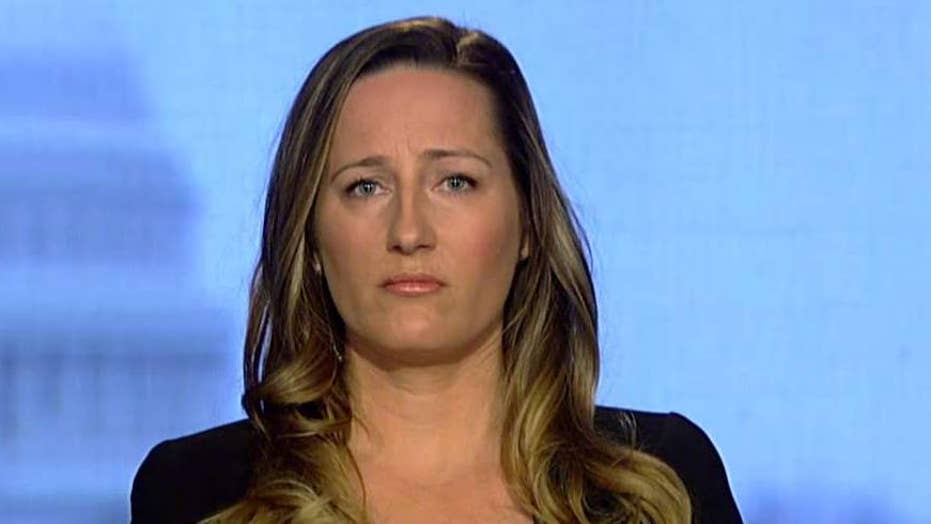 An American tourist who survived a deadly, unprompted attack by the Egyptian military has spoken out to urge President Trump to postpone helicopter sales to the country.

April Corley appeared on "America's Newsroom" on Friday to discuss a 2015 attack on her tour group while they were in Cairo, which left her boyfriend Rafael and 11 others dead. The military was allegedly firing at the tour group from American helicopters - a point that Corley hopes President Trump will eventually address with Egyptian President Sisi.

Corley, who wrote an opinion piece for Fox News this week, described that her life up to the attack "was glitter and rhinestones" as she was a United States pairs champion for roller skating. While in Egypt to meet her boyfriend's mother for the first time, her tour group stopped for lunch at a popular tourist destination in Egypt's Western Desert.

Soon after, bullets began to rain down on the group.

APRIL CORLEY: EGYPT NEARLY MURDERED ME. WILL THE US REWARD IT WITH MORE TAXPAYER DOLLARS?

"I was laughing and having a great time. Then there was an explosion and I was thrown to the ground, and when I got up I couldn't walk," she said. "I saw the rest of the tour group and it was just a bloody mess.

After the attack, the Egyptian government later reportedly referred to the attack as "tragic" and a "mistake."

April Corley and her boyfriend

Corley later learned that the helicopter she was attacked by was purchased in America by taxpayers and sold to the Egyptian military. She now hopes President Trump will hear her case, cease sales of the helicopters to Egypt and bring up the incident to Egyptian President Sisi.

"I would hope that President Trump would bring this up with the Egyptians when they're in town and ask them to postpone the sale of these Boeing Apache helicopters that Egypt is expecting us to supply to them with American taxpayer dollars," she said.

"It's like I funded this, and i really hope that President Trump would bring my case up to President Sisi, so this doesn't happen to anyone else," she concluded.