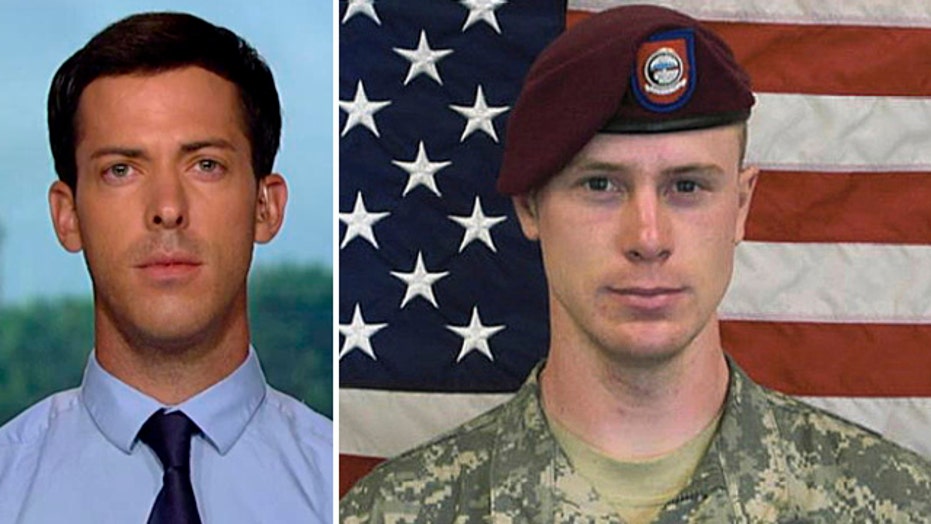 A recent poll conducted by The Military Times shows that 60 percent of responders believe Sgt. Bowe Bergdahl should be court-martialed.

The poll results were released Thursday as the Army continues its investigation into why Bergdahl left his post in Afghanistan in June 2009. Some former members of his unit have labeled him a deserter, asserting that he chose to walk away and saying some service members were wounded or killed looking for him.

The unscientific poll was conducted over a period of two days in July and had 4,400 responders. About 9 percent said Bergdahl should be separated and face a "lesser discharge." About 15 percent were not sure how the Army should proceed.

An initial military investigation in 2009 concluded that Bergdahl deliberately walked away from his unit, based on evidence available at the time. The Army has not ruled out disciplinary action against Bergdahl, who was promoted during captivity, from private first class to sergeant, as a matter of standard procedure.

"Everybody should just hold the phone. Let the facts unfold a little bit," said Eugene R. Fidell, a well-known lawyer who recently announced he will represent Bergdahl.

Bergdahl has completed his initial reintegration into the Army after his release by the Taliban May 31, when he was turned over to Army special forces in exchange for five detainees at the Guantanamo Bay, Cuba, detention center. He is now assigned a desk job at U.S. Army North, at San Antonio-Fort Sam Houston in Texas.

Fidell added that Bergdahl is looking forward to having this entire matter behind him, and that the soldier has a lot of faith in the common sense of the American people. He said Bergdahl also is deeply grateful that President Barack Obama saved his life.

"Let's all be a little patient. We'll know more in due course," said Fidell, in a satellite interview from Yale. "I hope that the matter can be resolved sooner rather than later so that Sgt. Bergdahl can become plain old Bowe Bergdahl and return to private life and get on with his life."