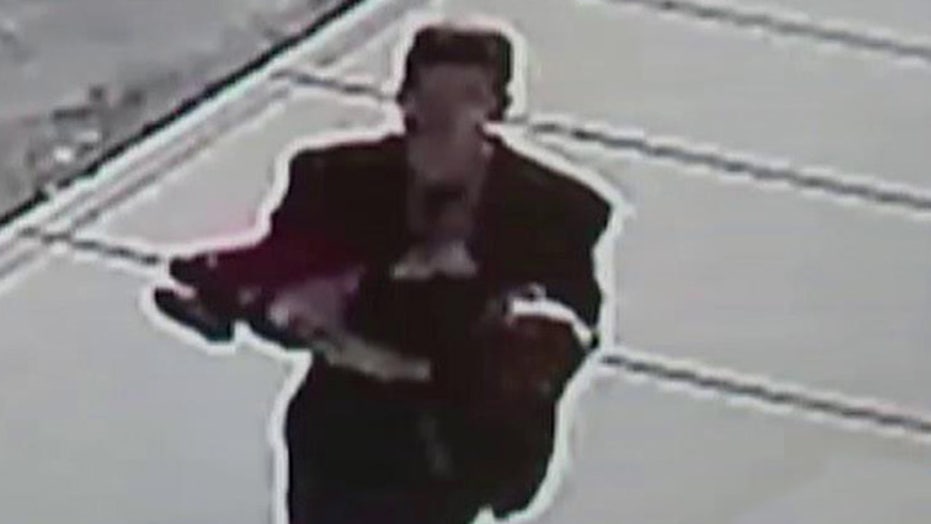 Toddler snatched out of his stroller

A 15-year-old boy was arrested Wednesday in connection with the attempted kidnapping of a 22-month-old toddler that was caught on surveillance video in this small farming town in eastern Washington.

The teenage boy, who lives in Sprague, was identified through the use of surveillance video, interviews and evidence collection, Lincoln County Sheriff Wade Magers said.

The boy's identity was being withheld because he is a juvenile, Magers said.

"Over the past 72 hours deputies and detectives have worked relentlessly on this case," Magers said in a press release.

Detectives started focusing on the arrested suspect in the past 24 hours, Magers said.

"Additional evidence, interviews, DNA collection, and surveillance was conducted," Magers said. "A search warrant was executed at the suspect's residence."

The 15-year-old was booked into a juvenile detention facility on suspicion of second-degree kidnapping, Magers said. The Lincoln County Prosecutor's Office will make the formal charging decisions.

Magers thanked the media for distributing pictures of the suspect and the public for providing tips.

Magers' office said he was not available to talk with reporters on Wednesday afternoon.

The case drew wide attention when dramatic surveillance video footage showed a male running down a sidewalk with the toddler in his arms last Sunday.

The child's two siblings screamed and chased him. The scene ended after two teenage boys joined the chase, and the man put down the toddler and fled. The toddler was not hurt.

Sprague is a town of about 500 people on Interstate 90, about 40 miles west of Spokane.

The incident began after Michael Wright left his three children with a baby sitter in Sprague on Sunday while he went to work. The children -- Brenden, 10, Delicia, 8, and the toddler -- were playing unsupervised in a city park near the sitter's house.

Sheriff's deputies said the suspect talked with the children for a few minutes, then scooped the toddler out of his stroller and ran down the street. Surveillance video from a grocery store showed the kidnapper running, child in arms, with Delicia chasing and Brenden not far behind.

Delicia's screams alerted Dorothy Giddings, who was working at her antique store downtown.

Giddings said she realized what was happening and sent her grandson Andrew Crane, 15, and his friend Isaac Yow, 16, to chase the man.

As the older boys approached, the kidnapper put the child down in a vacant lot and fled, the sheriff's office said.

No vehicle was seen with the kidnapper, who was initially described by the sheriff's office as about 30 years old, 6-foot to 6-foot-2, with a thin build, brown hair and a mustache.