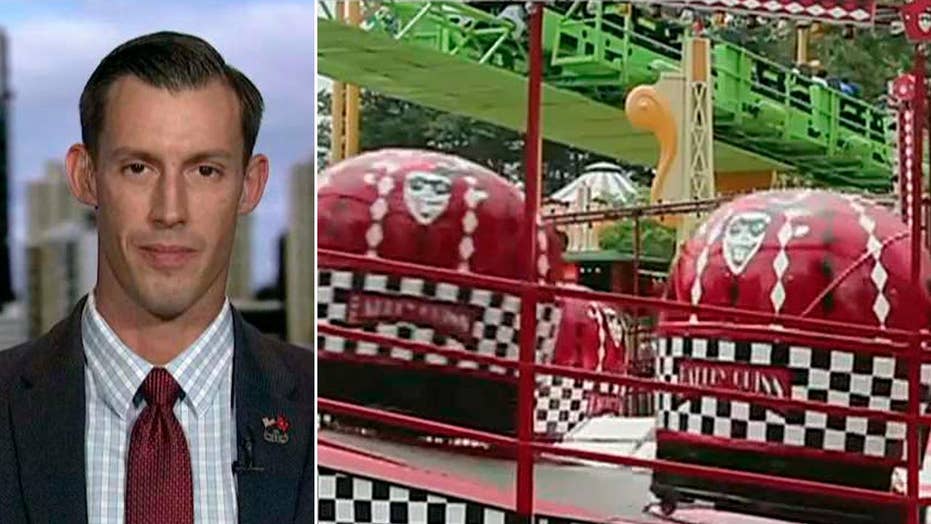 Johnny Joey Jones calls out Six Flags over ride rules and says he was kicked off the ride for having prosthetic legs.

Six Flags has issued an apology after a retired U.S. Marine and double amputee claims he was refused entry to one of the park's rides because he didn’t have “real legs.”

Johnny “Joey” Jones, who lost both legs to an IED while serving in Afghanistan in 2010, tweeted on Sunday that he “got kicked off” a ride at Six Flags Over Georgia after an employee noticed his prosthetic legs.

Jones claimed he has been allowed to ride similar attractions at Universal Studios in the past, and added that an employee made him wait in line before he was told he could not be seated.

“Hey @SixFlags you really think I’m so physically useless I can’t ride a tilt-a-whirl?” he captioned the tweet featuring the ride requirements. “Seriously?! Did you see the enormous hill I walked up and down to get here?

Six Flags has since apologized for the "inconvenience," but stated that the rules prohibiting Jones from entering the attraction were designed for the safety of "all our guests."

“We apologize to Mr. Jones for any inconvenience; however, to ensure safety, guests with certain disabilities are restricted from riding certain rides and attractions. Our accessibility policy includes ride safety guidelines and the requirements of the federal American Disabilities Act.

"Our policies are customized by ride and developed for the safety of all our guests. Our policies and procedures are reviewed and adjusted on a regular basis to ensure we continue to accommodate the needs of our guests while simultaneously maintaining a safe environment for everyone."

Jones did acknowledge that the ride's requirements were posted at the entrance, though he did not see them. Still, he theorized that Universal has “better equipment” for dealing with amputees, which is why he was allowed on similar rides Universal Studios.

Moments later, Jones warned any veterans who were “unlucky in their service” that Disney Parks, Universal Studios and SeaWorld will still move “(magic) mountains for you.”

He added that Six Flags will tell you, “Nah bro, you gotta have two real legs,” presumably paraphrasing what he was told by the teenage employee. 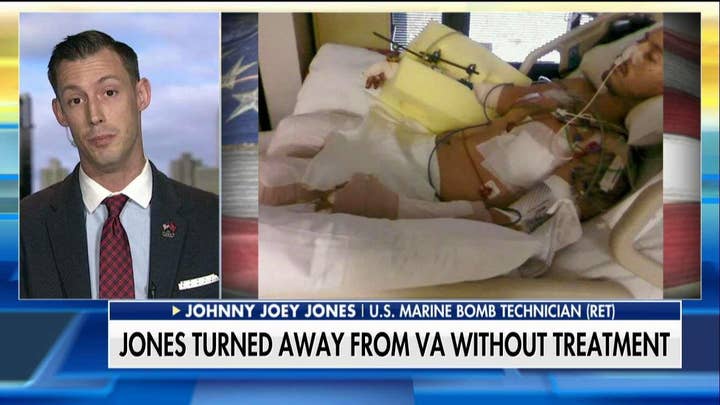 Jones also appeared as a guest on “Fox and Friends” this May, after tweeting about being turned away from his VA hospital after waiting for five hours to have a prescription filled.