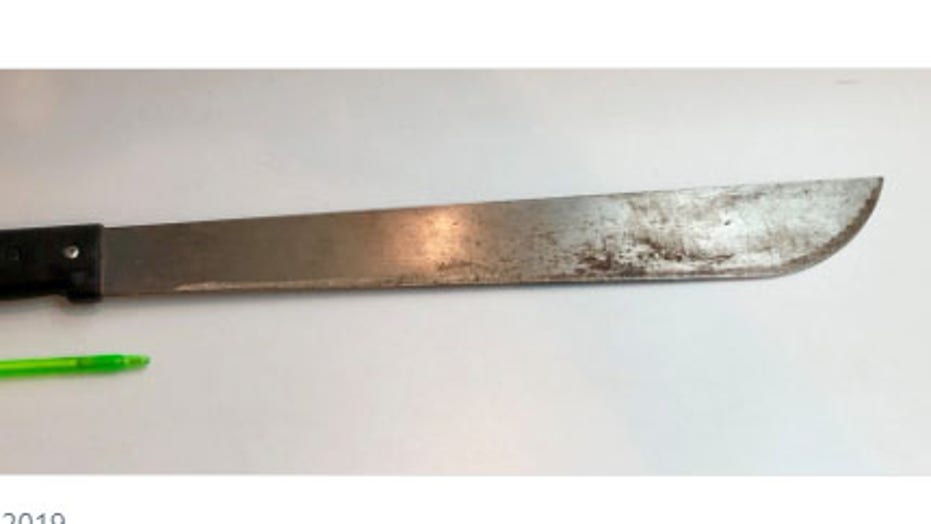 “You can’t make up this stuff up,” TSA Public Affairs spokesperson Lisa Farbstein recently told Fox News. Earlier in the day, she had posted a picture to social media of a massive machete that a traveler reportedly tried to bring through a TSA checkpoint at Bradley Airport in Connecticut.

“It’s mind-boggling that somebody would think they could get on a plane with a two-foot machete,” says Farber. According to her, knives are actually one of the most common prohibited items that people try to take through TSA checkpoints. Officers catch people with everything from kitchen knives to tactical knives, and now, even machetes.

Farber posted an image of the weapon to Twitter with the caption, “TSA officers at Bradley Airport stopped a traveler with this very long, very sharp machete at the checkpoint recently. Quick give me the top 5 reasons you'd need a machete on an airplane. Go! (Please use some humor.)”

MAN BRINGS BAG OF MOOSE POOP TO AIRPORT, SAYS HE COLLECTED IT AS GIFT FOR POLITICIANS

While several people posted humorous responses, Farber stressed that there’s a serious reason why no knives are allowed on planes. “Keep in mind that the terrorists on 9/11 used box cutters, so no knives on the plane.”

If a traveler gets caught with a prohibited item at a checkpoint, they are given several options. They can bring the item back to their car. Also, many airports have mailing centers, which may be an option for certain items. With the machete, its owner was given the option of putting the weapon in a checked bag (which meant that they wouldn't be able to retrieve it in the middle of the flight). Oddly, they went with another choice: surrendering it to the TSA.

Apparently, if they couldn’t have the machete with them on the flight, they didn’t want it at all.

When asked if she had anything else to add, Farber simply said: “please put your machete in your checked bag.”