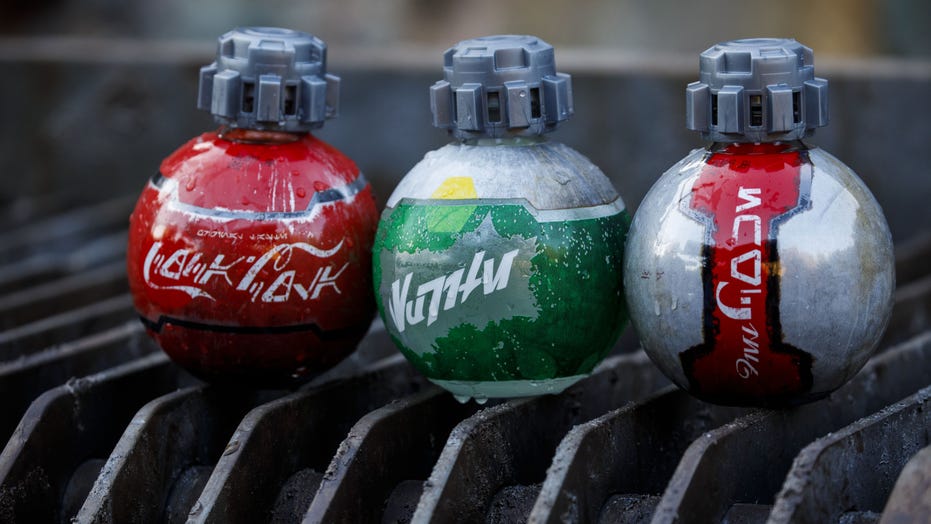 It turns out, you don’t always have to go to a galaxy far, far away to get a reward.

A shopper in Alabama says that he made an unusual discovery at a local store: soda bottles from Disney World’s Star Wars: Galaxy’s Edge. The beverages, which were reportedly exclusive to the theme park, come in a unique round container as opposed to the traditional cylindrical soda bottle shape.

A Twitter user posting under the name EscapedStitch shared photos of his find on the social network. His various pictures show multiple stacks of the "Star Wars"-themed soda bottles displayed in what appears to be the middle of an aisle.

DISNEY PARKS MAY NOT MAY NOT REOPEN UNTIL 2021, WALL STREET ANALYST SAYS

EscapedStitch wrote, “Interesting find of the day... this random little store near where I live has whole 12 packs of Galaxy’s Edge drinks for $6.99.”

Fox News reached out to Disney for comment, but a spokesperson for the company did not immediately reply. These specially designed bottles were originally announced as being exclusive to Disney's parks.

The Galaxy’s Edge soda bottles previously made headlines last summer when the TSA temporarily banned them from airplanes. Tourists who visited the theme parks were reportedly bringing the uniquely shaped bottles back home with them as souvenirs. The issue, unfortunately, was that the shape of the bottles meant they could be perceived as “replica hand grenades.”

The TSA eventually overturned the decision, although with some stipulations. Travelers could bring the soda bottles on planes, but because of the amount of liquid they contained, they would have to be either be emptied out before the flight or stored in checked baggage.

With Disney World (and other Disney parks) currently closed due to the coronavirus pandemic, fans across the world are seemingly unable to get their hands on the "Star Wars"-inspired soda bottles (along with other popular souvenirs, like the futuristic-looking utensils from the theme park).