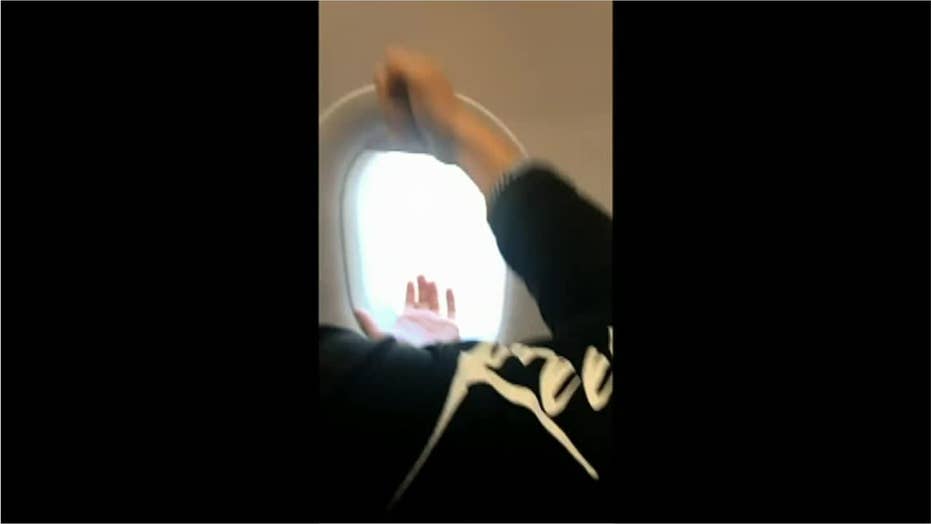 WATCH: This game of rock, paper, scissors went viral for all the right reasons

A competitive game of rock-paper-scissors between a Spirit Airlines passenger and a tarmac worker has gone viral.

Brianna Kolbe shared a video of her boyfriend, Robert Meadows, locked in a game of rock-paper-scissors with airport employee Allain Bantaya at an airport in Atlantic City, N.J., on Sunday.

“My boyfriend literally has no problem making friends with anybody…” Kolbe captioned the funny interaction on Twitter.

Meadows reportedly saw Bantaya playing the game with another passenger on the flight and decided to try and get in on the fun.

The seven-second clip quickly went viral, with those on Twitter lauding the two men for the "wholesome" video.

In an exciting twist, Kolbe shared on Twitter that she and her boyfriend were able to track down the ground crew member — and that the two are already planning a rematch.

“Honestly I’m down for a rematch,” Meadows said on Twitter, calling on Spirit Airlines to “make it happen.”