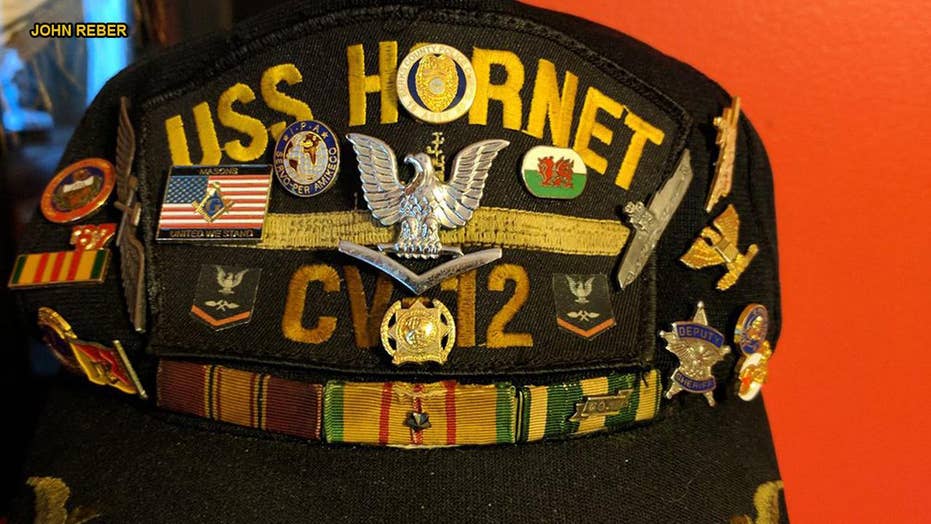 A Vietnam veteran was reunited with his prized hat several weeks after leaving it on a Spirit Airlines flight from Orlando to Philadelphia. When John Armao Reber realized he hat left his beloved veteran hat on the plane he was desperate for its return, and made a plea to Facebook. The post was shared over 320,000 times and gained the attention of a Spirit flight attendant who found the hat and helped reunite him with it.

Hats off to this flight attendant – and social media – for helping return a Vietnam veteran his beloved hat several weeks after he forgot it on a Spirit Airlines flight.

John Armao Reber was flying from Orlando to Philadelphia on Feb. 1 when he forgot his Veteran’s Cap on the plane.

Desperate for its return, Reber made a plea on his Facebook page on Feb. 18.

“My Veteran's Cap was lost on a Spirit Airlines Flight from Orlando to Philadelphia, Feb. 1, 2019. The Hat and it's attachments are over 45 years old. One of a Kind I am asking everyone to forward this to as many people as possible to help recover it,” the post read.

The initial post was shared over 320,000 times and, within two days, gained the attention of Spirit flight attendant Catherine Edwards, who reached out to him to let him know she had found his hat and would be mailing it to him.

Reber, who served aboard the USS Hornet in VS-37 Squadron from 1966-1967, was shocked and pleased by the overwhelming response, CBSPhilly reported.

“I want to thank everyone across this great nation for responding to the call. The heart warming responses came from every state in the union. America sure does care about her veterans. Many responses brought tears to my eyes. Many mentioned their own family members who have served. I cannot express how thankful I am to all of you and also Spirit Airlines from the corporate level on down.” Reber wrote in a follow-up post on Facebook.

“The hat now belongs to all of you and will symbolize your love and kindness. You are America,” he added.

In a statement to Fox News, Spirit Airline confirmed that the hat was being sent back and thanks Reber for his service.

"At Spirit Airlines we strive to reunite all of our Guests with their lost property. Understanding the sentimental nature of this hat, our Crew worked to ensure the item was kept safe. It is in the process of being returned to its owner.  On behalf of Spirit Airlines, we’d like to thank Mr. Reber for his service and sacrifice."