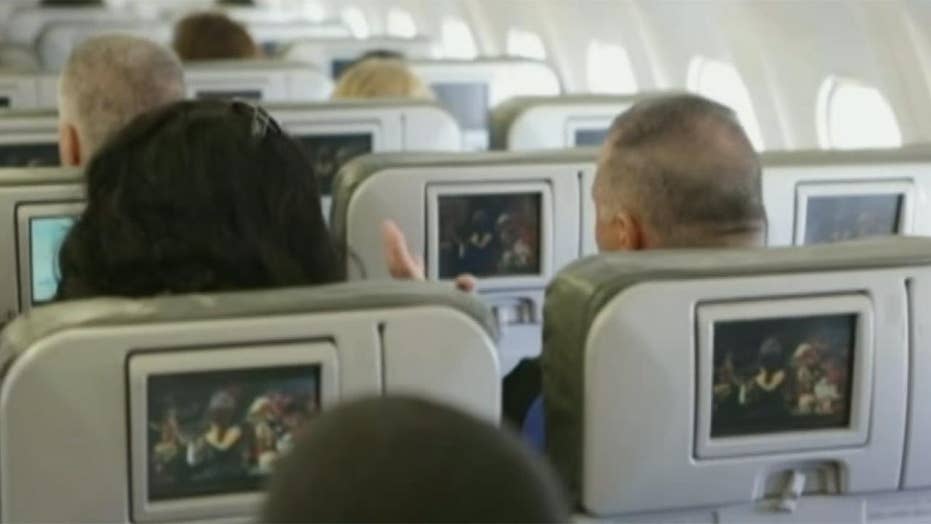 Are airplane in-flight entertainment systems spying on you?

Airlines insist cameras in seat back entertainment systems are disabled.

Singapore Airlines was forced to respond to passengers on social media who questioned why small cameras were embedded in their inflight monitors, and assured them that the cameras are "disabled" and there are no plans for later use.

The cameras were discovered on the airlines' newer planes, Forbes reported. The airline said on Twitter that the cameras are in "selected Business, Premium Economy and Economy Class."

"We would like to share that they have been permanently disabled on our aircraft and cannot be activated on board," an airline statement read. "We have no plans to enable or develop any features using the cameras."

Fox News emailed the company early Wednesday and did not get an immediate response.

The Forbes report cited an airline spokesman interviewed in another paper that said the systems can be found on their Airbus 350, A-380 and other planes in the fleet. The systems were produced by Panasonic.