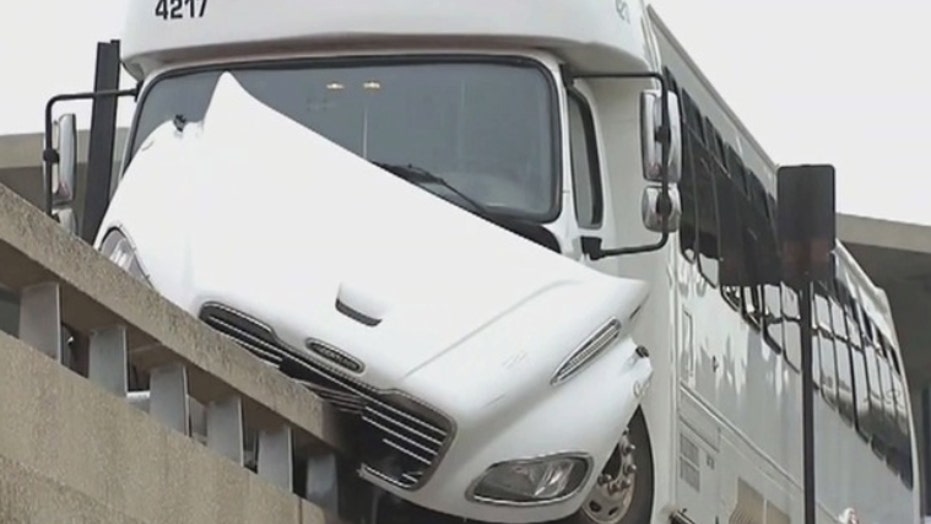 The accident took place on an internal roadway that loops through EWR, NJ.com reported. The bus was reportedly approaching Level 2 of Terminal B when it struck the barrier.

Lanes into Levels 2 and 3 were temporarily closed while the bus was removed, EWR announced on Twitter at 6:30 a.m. All traffic lanes to all levels were reopened shortly after 9 a.m.

Footage of the incident shared to Twitter show emergency vehicles surrounding the bus.

A representative for the Port Authority of New York and New Jersey (PANYNJ) was not immediately available to comment on the incident for Fox News, though the agency has said the impact on the airport’s operations was “minimal,” according to NorthJersey.com.

The cause of the crash is said to be under investigation.