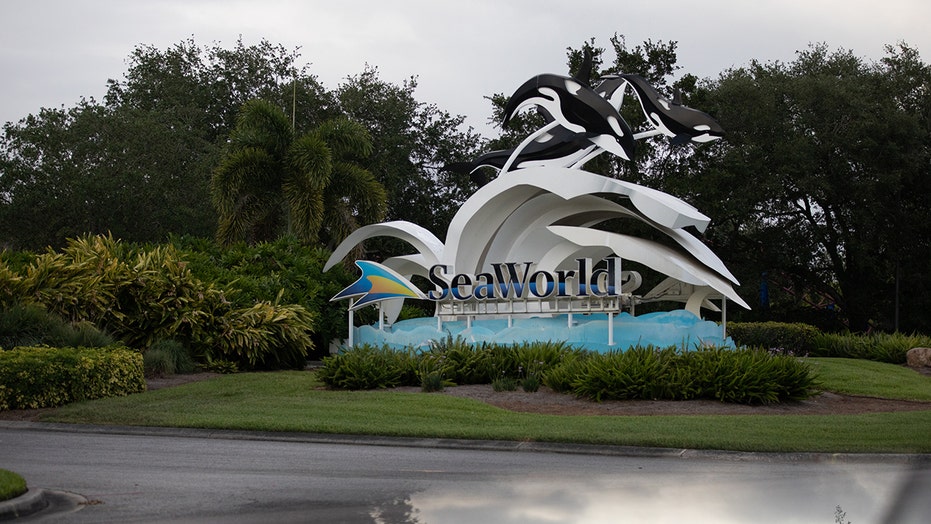 SeaWorld Orlando has officially reopened, but at least one group is flipping mad about it.

The People for the Ethical Treatment of Animals, or PETA, staged a protest outside of SeaWorld Orlando on Thursday — the day the theme park reopened following its monthslong coronavirus-prompted closure — with one of the activists even dressed as a crying dolphin.

"Why is this 'dolphin' crying? It’s because #SeaWorldOrlando is reopening — which means that imprisoned dolphins & whales will be forced to perform for and be harassed by humans again,” reads a Twitter post from PETA showing a photo of the protestors. “PETA activists are outside making sure customers know that what they’re doing IS WRONG.”

PETA has long been critical of SeaWorld’s operating practices, specifically over its alleged treatment of the animals at SeaWorld’s parks in Orlando, San Diego and San Antonio.

SeaWorld Orlando is the first of the three theme parks to reopen to the public amid Florida’s Phase 2 of guidelines, albeit with several new health and safety regulations in place for guests and employees. Among them, visitors are currently required to make reservations ahead of arriving at the park, where each guest will undergo temperature screenings. Once inside, anyone over the age of 2 is required to wear a face covering, and follow all social-distancing protocol directed by “signage and markings” located throughout SeaWorld Orlando, Aquatica Orlando, and Discovery Cove.

But even amid the pandemic, when SeaWorld Orlando was temporarily closed, PETA continued to take issue with the parks’ alleged practices, likening the conditions of the marine life at the parks to coronavirus quarantine at a PETA-operated website called SeaWorldOfHurt.com.

"SeaWorld can't defend its indefensible dolphin-breeding program or find another replacement CEO, because everyone knows this ship is sinking," a spokesperson for PETA said in a statement concerning Thursday's protests. (PETA)

Earlier this week during a SeaWorld Entertainment investor meeting, PETA also claims to have asked the company to discontinue “forcibl[e] breeding” practices and contribute toward creating “seaside sanctuaries,” but alleges that the company “dodged PETA’s question.”

In a statement shared with Fox News, PETA also confirmed it would be staging protests at the San Diego and San Antonio locations once they reopen.

"SeaWorld can't defend its indefensible dolphin-breeding program or find another replacement CEO, because everyone knows this ship is sinking," a spokesperson for PETA said in a statement concerning Thursday's protests. "PETA has already protested against SeaWorld's reopening in Orlando and will be on the ground in San Antonio and San Diego when those abusement parks reopen. The company can turn this ship around by putting a plan in place to move the animals from their marine prisons to sea sanctuaries."

A representative for SeaWorld was not immediately available to comment, but the company has, in the past, maintained that it treats its marine life with the highest standards of care. In 2016, SeaWorld had also announced its intentions to end its killer whale breeding program, and replace its “theatrical” orca shows with new experiences that put less emphasis on the live animals.