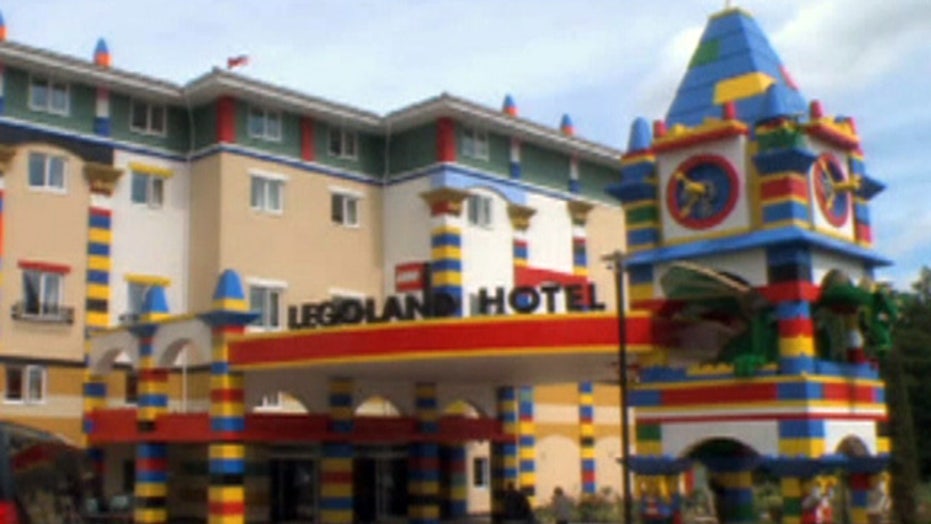 The three-story, 250 room hotel in the LEGOLAND California Resort has themed rooms the popular LEGO toy lines, a Castle Play area and LEGO trees on the property.

A 250-room hotel at the Legoland California theme park in Carlsbad opened its doors Friday that not only allows kids to play out their LEGO fantasies, but is designed to maximize their fun.

Rooms, which include kingdom, pirate and adventure-themed rooms, have kid-friendly sleeping areas with bunk beds, a trundle bed and separate TVs for the kids and adults.

The lobby has a castle-themed play area that features a LEGO pirate ship and a LEGO-filled moat.  Behind the reception desk guests are greeted by 6,000 different LEGO mini-figures and colorful brick flowers on the counter, which has been lower to accommodate its pint-sized clientele.

Legoland says it will also have children to serve as concierges on weekends, to give a kid view on visiting the park.

All this, say park officials, is designed so guests to stay longer to take advantage of all the park’s offerings. Opening weekend rates were $309 per night for two adults and two children, or $278 per night with a AAA discount.

This isn't the only Legoland hotel in the world. There's one in the U.K. and Denmark