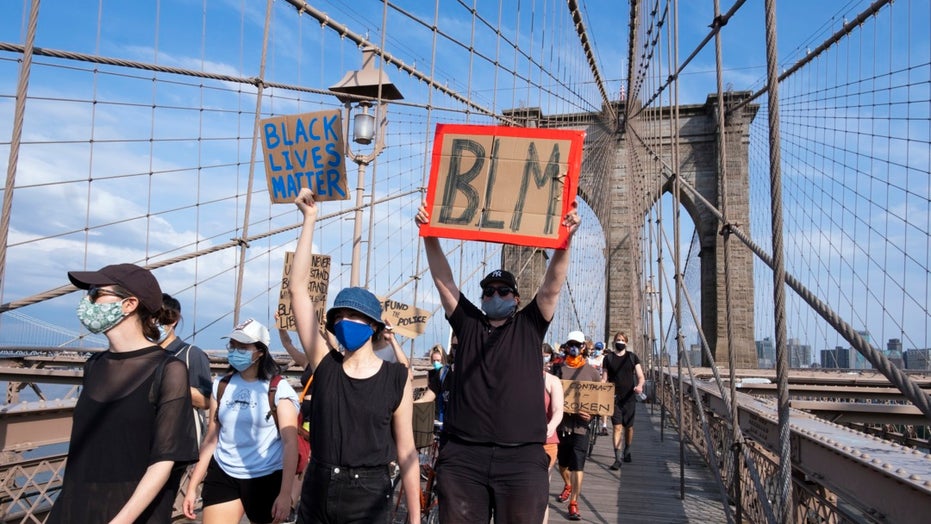 WATCH: Protests images from across the nation

From New York City and Washington, D.C. to Boston and Seattle. Take a look at what the latest protests over the death of George Floyd and the use of excessive force by police against black people across the country look like.

A Canadian pilot sent love from above by drawing a raised fist with his plane’s flight path to honor the late George Floyd and denounce racism.

Pilot Dimitri Neonakis flew in the high skies over Halifax for nearly two and a half hours last Thursday to create the pattern, FlightAware reports. Neonakis later explained on Facebook that he drew the tribute to show support for Floyd, as the global Black Lives Matter movement demands justice for the man’s death in police custody on May 25.

Dedicating the illustration "for George," the pilot said that he flew 330 nautical miles in the shape of the raised fist, "the shape of a movement symbol which I respect and support."

“While I was up there moving around free, the words of George Floyd ‘I can’t breathe’ came to mind a few times, a stark contrast,” Neonakis said in a now-viral post. “End Racism.”

A Canadian pilot sent love from above by drawing a raised fist with his plane’s flight path to honor the late George Floyd and denounce racism. (Twitter/FlightAware)

The aerial tribute has since struck a chord with some Twitter fans, who have described the flight path illustration as “beautiful” and moving.

Neonakis previously created similar aerial art when he drew a large heart in the sky to honor the victims of the Nova Scotia mass shooting in April, People reports.