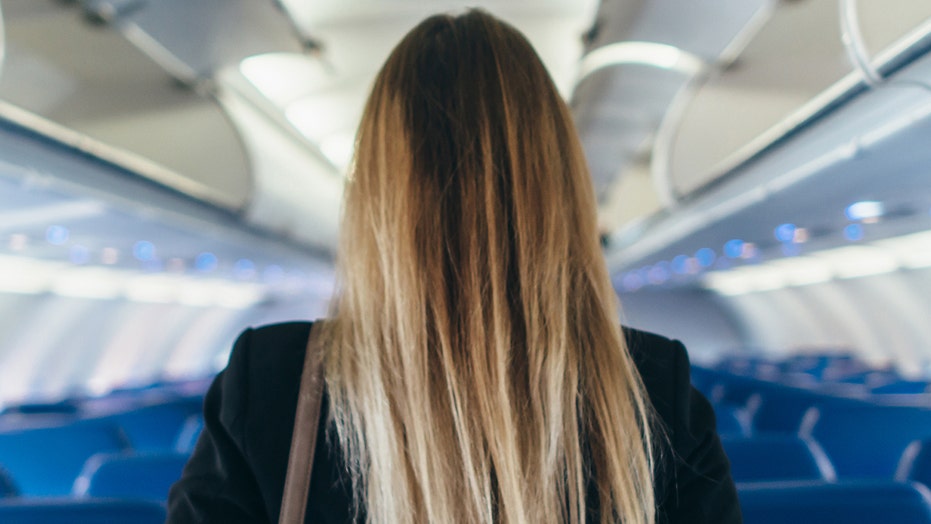 An adult film actress claims she was escorted off a United Airlines flight by police after standing up and making a short speech about the George Floyd protests — but United Airlines tells Fox News that law enforcement got involved only because she stood up while the plane was still taxiing to the gate, and not because of the content of her remarks.

Elle Knox, 28, said she was flying with United Airlines from Houston to San Francisco earlier this week, en route to her home country of Australia.

WENDY'S TO DONATE $500G IN SUPPORT OF BLACK COMMUNITIES AFTER BACKLASH

But, upon landing in San Francisco, she claims the “police were called” after she rose from her seat and made a brief statement urging her fellow passengers to take action amid the ongoing protests.

“This isn’t my country, I’m an Australian,” Knox allegedly said to the rest of the passengers, per her own account. “But I’ve noticed your democracy being threatened. Do not be complacent. Decide what side of history you’d like to be on.”

After she was off the plane, Knox shared a video to Twitter which appeared to show her recounting the incident to an airport employee, during which she told the employee that, in addition to the other statements she made on the plane, she had also spoken out against the use of rubber bullets for crowd control.

Elle Knox (not pictured) claims she was told she could not make "political statements" on a plane. (iStock)

Knox had also mentioned that she was told she could not make "political statements" on an aircraft, per News.com.au.

United Airlines, meanwhile, is claiming that Knox was not removed for making any sort of political statement, but rather that the plane was met by law enforcement officials because she refused to stay seated while the plane was still taxiing — and even before the plane's flight attendants were unbuckled from their own seats.

"United flight 1853 from Houston to San Francisco on June 1 was met by law enforcement because this customer refused to follow strict crewmember instructions about standing up while our flight attendants were in their jump seats and the aircraft was taxiing on the runway," said a United Airlines spokesperson in a statement obtained by Fox News. "Law enforcement involvement was entirely due to the safety and security of the passengers, crew, and the aircraft itself. After speaking with the customer regarding this incident — who later apologized for her actions — she was allowed to continue her journey to Sydney."

In later tweets, Knox confirmed that she was indeed allowed to board her flight from San Francisco to Sydney, allegedly “after much debate.” She also responded to Twitter commenters who both supported and questioned her actions, including some who asked why she didn’t just go to a protest.