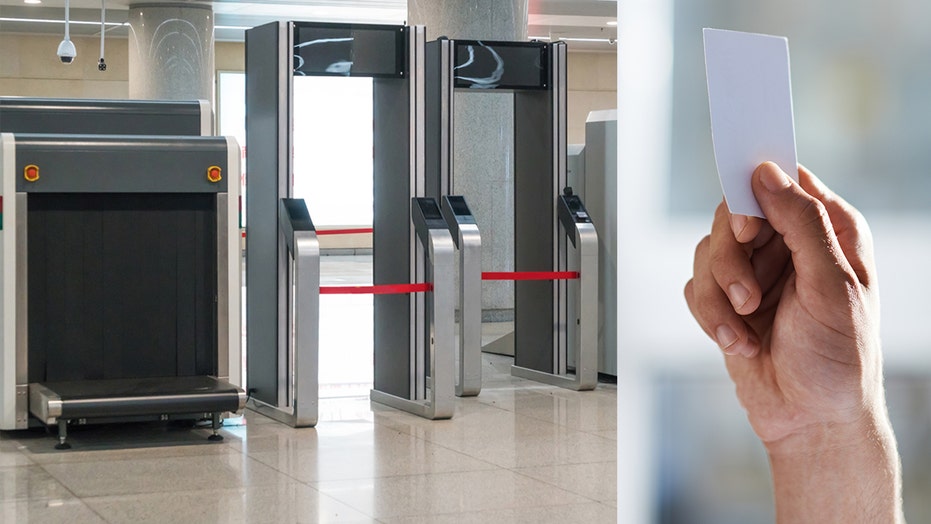 A security guard contracted to work at Greater Rochester International Airport is out of a job after inexplicably handing a traveler a note that read “You ugly!!!” after the man passed through a screening checkpoint.

Earlier this week, surveillance video of the bizarre encounter hit Twitter, in a minute-long clip that has since been viewed over 2,200 times.

In late June, traveler Neal Strassner was passing through the New York air hub when an unnamed female security guard gave him a handwritten note on a small slip of cardboard that read “You ugly!!!,” Rochester First reports.

Strassner told the outlet that he passed through the checkpoint without issue, took the odd note from the worker and kept walking. She reportedly called after him, asking “You going to open the note?” he said.

Seconds later, she burst out laughing, as seen in the surveillance footage.

Strassner recently got a hold of the security clip through a Freedom of Information request.

The man claims the rude stunt didn’t upset him, but similar antics could easily offend others.

"You never really know where somebody is in their day or their head,” he told ABC 13. "The more you think about it, the more you realize it's easier to smile than to do this."

Strassner thinks that the stunt was not an isolated incident.

"At the end of the video I requested, she literally just takes a pen out of her pocket and starts writing another one,” he said. “So, I know I wasn't the only guy that got one.”

Social media commenters didn’t find the woman’s trick to be quite so funny and quickly condemned her actions as “terrible.”

“What is wrong with people [?]” one user wondered.

“I don’t know if she needed to be fired but this is cruel, unprovoked, unprofessional, and appears to be a big game,” another wrote. “I am pretty sure your tune would change if a waiter wrote you’re ugly on the bill. I am sure you are a nice lady but enough with the sense of humor angle.”

When contacted for comment, reps for the Transportation Security Administration told Fox News that the screener was fired for her actions, adding that the woman was working at the Rochester airport for a contractor and was not a federal employee.

“TSA holds contractors to the highest ethical standards and has zero tolerance for this type of behavior,” the spokesperson said. “This instance, which involved a contract employee, was investigated immediately upon receiving the complaint by the traveler. The employee has since been terminated by the contractor.”