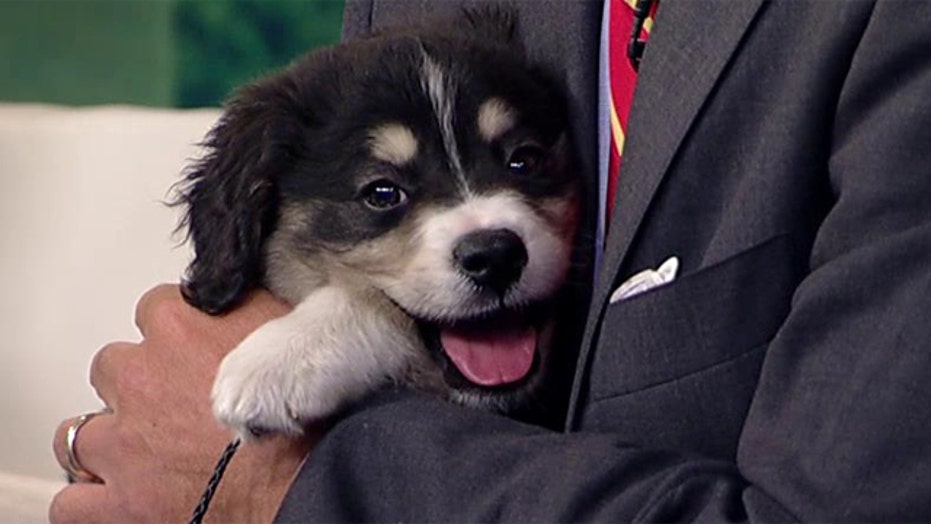 Tips to keep your pet safe while traveling

Take the stress out of travel

A Michigan native says her healthy golden retriever died shortly after a United Airlines flight from Detroit to Portland, Ore.-- and she now blames the airline for what she says was an untimely death.

Kathleen Considine recently moved from Dearborn, Mich. to Portland. Considine's family recently sent Jacob, an 80-pound canine, on a flight to join her. But by the time her beloved dog landed--over 24 hours later-- Considine says he wasn’t the same dog.

According to FOX 6, Jacob's flight was scheduled to make a brief stop in Chicago. But Considine says she eventually learned that Jacob’s crate didn't make it onto the Portland-bound leg of the flight because he "did not fit."

United public relations manager Charlie Hobart confirmed to Fox News that airline staff in Chicago were unable to accommodate the dog on the second leg of the flight because his original crate size had been marked as a much smaller series.

WHEN PIGS FLY: WILL AIRLINES EVER CRACK DOWN ON EMOTIONAL SUPPORT PETS?

"The customer had booked the animal in a 500 series and the dog arrived in a 700 series crate-- and that crate was simply too big for the flight," Hobart said. However he noted that an agent in Detroit "mistakenly told the customer that we’d be able to get that crate on the [final Portland-bound] flight."

United says they alerted Considine that her dog would be sent to stay at a kennel overnight until they could find room on another plane. It took 20 hours before the 80-pound retriever was back in the air but Hobart maintains that the dog received food, water and plenty of bathroom breaks during his stay at the Chicago PetSafe facility.

By the time Jacob landed in Portland, however, Considine alleges her dog was disoriented and non-responsive, despite having passed a mandatory physical less than 24 hours before the flight.

She took Jacob to an emergency veterinarian, but by the time they arrived, Jacob was barely breathing. After eight minutes of CPR, he was pronounced dead.

Considine's vet determined the dog's cause of death to be a stomach flip (or Gastric Dilatation Volvulus), an ailment that cuts off blood flow to the internal organs. The illness is often caused by meal problems, stress, or a combination of the two.

Considine described the tragic day on her Facebook page.

"Nothing will bring my baby back, but I am asking everyone to please share this post so nobody else has to go through this terrible tragedy," Considine posted.

"United Airlines "PetSafe" program is cruel. They treat animals like baggage. They did not care if Jacob had food or water or any time out of his cage."

The airline maintains that the dog "showed no signs of distress" during the journey.

When Considine initially contacted United, she claims she was told they considered her case closed and accepted no responsibility for the dog’s death. On Tuesday, Considine told Fox News that "United has contacted me as of yesterday morning, finally reaching out after 2 weeks with an apology. I will not rest until I see changes in their policy."

Hobart says United has been in touch with Considine multiple times since Jacob's flight and plans to make a donation to her charity of choice in Jacob's name.

"We know this is an extremely difficult situation for Miss Considine and we have been in touch with her before she posted on Facebook and since," Hobart said. "We offered our condolences  and have provided a full refund for the shipping cost."

United says it flies over 200,000 pets annually through its PetSafe program. According to U.S. Department of Transportation statistics, from May 2005 through Feb. 2017, 74 animals have died while flying United. Last year, the DOT reported that nine animals died while flying United and 14 were injured-- racking up the most reported incidents among all airlines tracked.