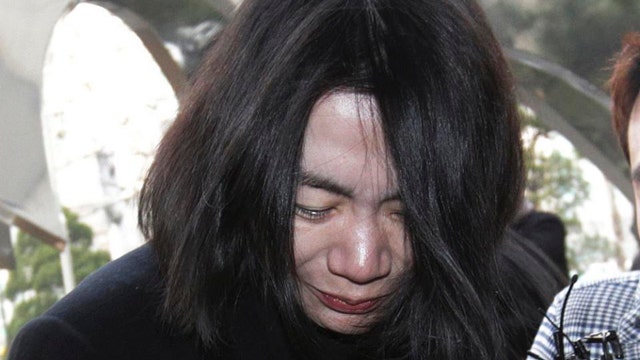 Korean Air has been ordered to pay close to $18,000 to a flight attendant humiliated by an airline heiress when he served her macadamia nuts in a bag instead of a porcelain bowl.

Cho Hyun-ah flew into a “nut rage” aboard a 2014 flight, demanding that the plane return to its gate at JFK Airport to kick off the flight attendant.

Before he was ejected, Park Chang-jin was forced to apologize to the heiress on his knees for the nutty mix-up.

Park was demoted following the first-class meltdown and sued Korean Air for “physical and psychological suffering.”

A court in Seoul on Wednesday awarded him the compensation of 20 million South Korean won — about $18,000 — for the way he was treated, according to the BBC.

The “nut rage” incident involving Cho, the eldest daughter of the airline’s chairman, Cho Yang-ho, made headlines around the world.

She served five months in prison over the incident after being convicted of violating aviation safety, coercion and abuse of power in 2015.

In a separate incident, the airline chairman’s youngest daughter, Cho Hyun-min, was forced to apologize for hurling a cup of water at someone during a business meeting in April.

Both daughters left their posts at the company following the incidents.