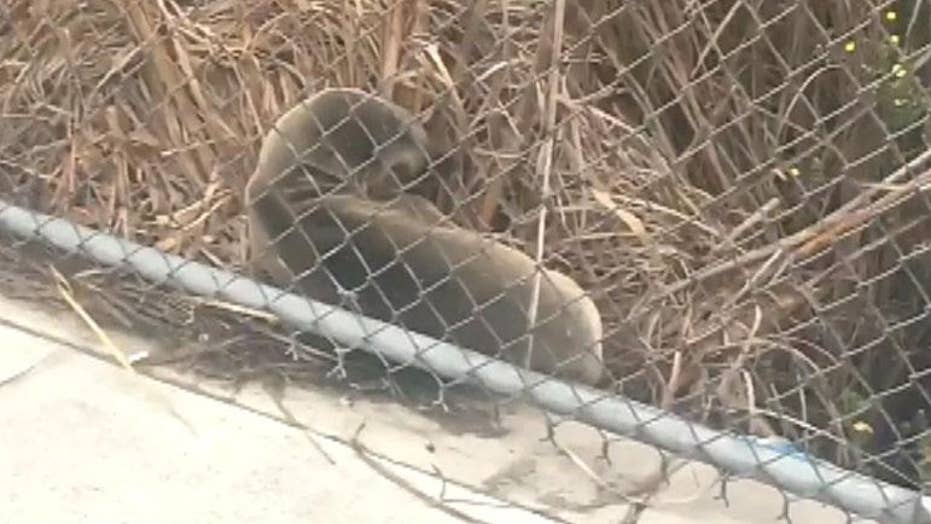 Authorities helped a small seal make its way back to the San Francisco Bay after it had found its way on the side of the road near Oakland International Airport.

Holiday travel can be stressful for everyone. Especially when you get lost along the way, as was the case for one critter passing through the Bay area early Thursday morning.

The seal pup was spotted all alone near the Oakland International Airport, needing to be rescued.

The Alameda County Sheriff’s Department responded to help rescue the animal and return him to safety.

“We are not sure where he was trying to go but likely a flight to Hawaii,” the authorities wrote on Twitter.

The Sheriff’s Department said they were working with the local marine mammal experts “to make sure he is healthy and can be returned home.”