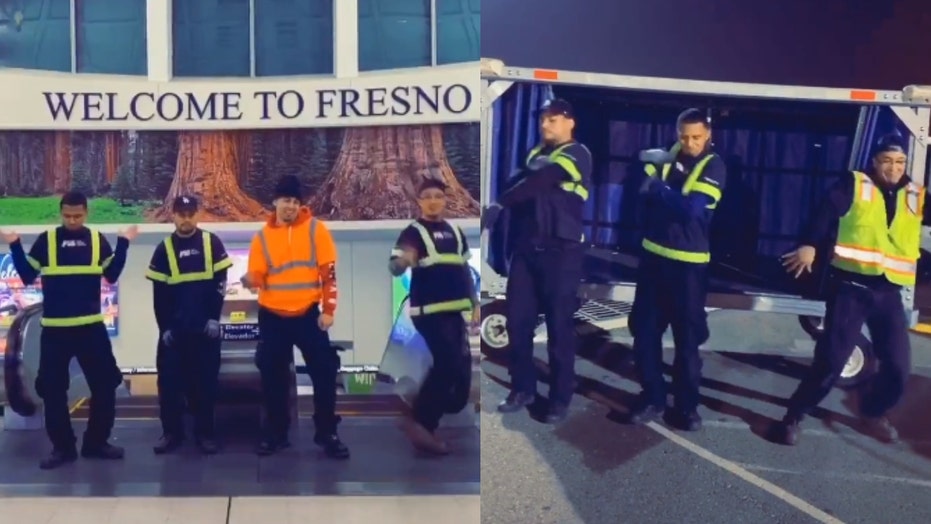 Former workers at the Fresno Yosemite International airport in California say they lost their jobs after recording a now-viral TikTok video while on the clock.

The video, which has been viewed more than 300,000 times since it was posted on Jan. 24, shows four ramp agents dancing at various parts of the airport, including in front of the plane, on a baggage cart and inside the passenger area.

After reaching viral status on TikTok and Twitter, the four men were fired for the video, which airport officials deemed “inappropriate behavior.”

Two of the men spoke out about the sudden termination. “We were done with work, we had 30 minutes left, we were like let’s make a video, whatever,” Tommy Chan told KPGE.

“The plane for the day was already done, all the luggage was taken care of, all of our duties were done, so we decided to make a little video,” said colleague Dannon Kredo, who also appeared in the video.

“We heard from our bosses after our video hit about like 300,000 views, and so we had got the attention of a lot of people apparently, and I guess that they didn’t like that.”

"We had got the attention of a lot of people apparently, and I guess that they didn’t like that," said former ramp agent Dannon Kredo. (Photo: @doughboicoooks/TikTok)

Kredo said he does not regret recording the video, which has garnered more than 46,000 likes and 1,300 comments.

“I don’t even understand what’s such a bad thing about what we did because we’re giving positive promotion for this company,” he said.

The four men were not directly employed by the Fresno airport but were contracted by a separate company. Fresno Yosemite International did, however, issue a statement addressing the disciplinary decision, saying the video was unauthorized and filmed during work hours.

“In the video, the employees’ inappropriate behavior in the work environment displays poor judgment and does not reflect the conduct expected of individuals working at FAT,” the statement said.

“The company employing these individuals has taken corrective action concerning the parties involved, as well as instructed the removal of the unauthorized video from social media.

“FAT is working with the company to retrain its staff on appropriate behavior and to prevent these types of events in the future.”