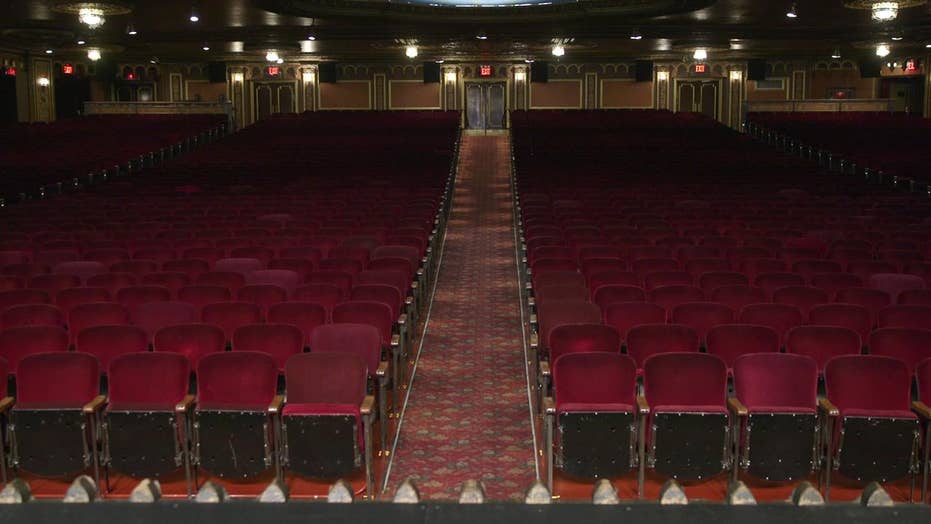 For decades, New York City’s United Palace has been a cultural hotspot, especially for residents of Washington Heights. The theater’s legacy, however, is global. It was one of the first Loews Theaters that helped New Yorkers forget the anguish of the Great Depression.

When in Seattle, many visitors flock to the original Starbucks to enjoy a cup of joe and see the humble beginnings of a coffee shop that would turn into a worldwide conglomerate.

For many companies, however, their original locations have been lost to time — but some are right in front of our faces, hiding in plain sight.

In New York City’s Washington Heights, the United Palace has been a hub for entertainment, faith and culture. But unbeknownst to many, the building has a much bigger cultural impact than one might expect.

The building began as one of the original five Loews Wonder Theatres. These five single-screen venues would eventually grow into Loews Cineplex, the widely popular movie theaters with 200 locations worldwide. Loews Cineplex was bought out by AMC Entertainment in 2006.

Seeing the rise in popularity of movie theaters in the late 1920s, Marcus Loew envisioned five theaters in the New York City area. He built The Paradise in the Bronx, the Valencia in Queens, the Kings in Brooklyn, the Jersey in Jersey City and the Loews 175th Street Theatre, which would later become the United Palace.

The Loews 175th Street Theatre was one of five original venues envisioned by Marcus Loew for the New York area.

The opening of the Loews 175th Street Theatre in 1930 coincided with the height of the Great Depression — and it would serve as much-needed escape from the bleak reality of the era.

Eddy Friedfeld, a film and entertainment history professor at Yale and New York University, spoke to Fox News about the importance of the theater, especially at such a difficult time in the nation’s history.

"People didn’t have a lot of money, and what little money they had was often spent on entertainment to — at least, during a time of unemployment and not a lot of hope — get their minds off what was going on in their lives,” he said.

"People didn’t have a lot of money, and what little money they had was often spent on entertainment," said Eddy Friedfeld, a film and entertainment historian, about the Loews' popularity during the Great Depression.

For not a lot of money, families were able to spend a full day at a Loews theater — and get a full day's worth of entertainment.

“You could get a movie, two or three serials, six cartoons, a news reel, and a ticket for a raffle all for 25 cents,” said Yuby Hernandez, the community outreach associate at the United Palace.

JOHNNY CASH'S BOYHOOD HOME GETS SPOT IN THE HISTORY BOOKS

In addition to the entertainment on screen, Friedfeld added that there would be novelty acts and vaudeville performances as well.

Entering the building today transports one out of New York City, to what looks like a European palace — and that's no mistake. It was deliberately designed with grandeur and opulence in mind by Thomas Lamb and Harold Rambush. Intricate gold finishes cover the walls and ceilings, giving the room an interior décor that David W. Dunlap of the New York Times called a "Byzantine-Romanesque-Indo-Hindu-Sino-Moorish-Persian-Eclectic-Rococo-Deco."

It was also designed at a time when eastern aesthetics were romanticized, so images of Asian deities are prominent throughout the building.

David W. Dunlap of the New York Times called the motif of the theater "Byzantine-Romanesque-Indo-Hindu-Sino-Moorish-Persian-Eclectic-Rococo-Deco," in part because of the Asian deities included among the designs.

As the decades progressed and the popularity of radio and television rose, the need for single-screen theaters was diminishing. The Loews Corporations began to focus on the multi-screen theaters that audiences are more accustomed to today, and the Loews 175th Street Theatre fell into disrepair. The United Palace of Spiritual Arts (formerly known as United Christian Evangelistic Association) purchased the theater to house its congregation headed by Spiritual Director Frederick J. Eikerenkoetter II, better known as Reverend Ike.

"Reverend Ike was one of the first black televangelists," Hernandez said about the prosperity teacher. "He taught things like 'the best thing you can do for the poor is to not be one of them,' or, 'you can’t lose with the stuff I use,'" Hernandez added.

“You could get a movie, two or three serials, six cartoons, a news reel, and a ticket for a raffle all for twenty-five cents,” said Yuby Hernandez, the community outreach associate at the theater, now known as United Palace.

Reverend Ike invested a lot of time and money into restoring the theater to its former glory. With his inspirational teachings of faith and finding divinity within oneself, he turned the theater into a spiritual home for many.

The United Palace remains a spiritual center. It now is the home of the United Palace of Cultural Arts, which provides the community access to the arts. The program proudly features cultural events, art education, movie screenings and a space for the community "that empowers the individual to nurture the artist within."

The United Palace is an integral part of Washington Heights, especially for its Latino population. It serves as a place to make art and experience it. Hernandez, who grew up in Washington Heights, has fond memories of performing on the stage as part of the choir as a child. The venue is also a popular destination for some the biggest Latin American musical artists including Tito Rivera, Reik and Juan Luis Guerra.

In addition to these stars, the theater has also played host to Adele, Lorde and Bob Dylan.