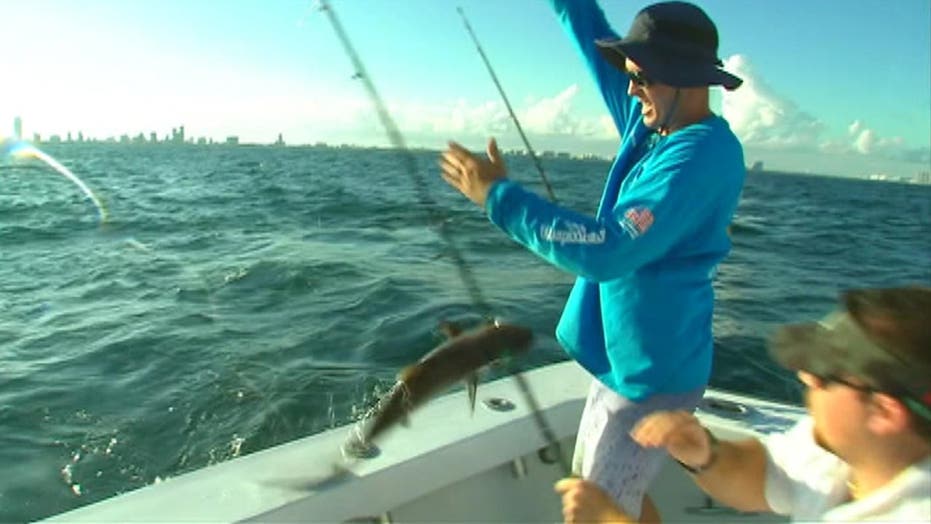 Southern Florida, with plentiful shark, sailfish and mahi mahi swimming off the coast, is the fishing capital of the world.  The deep sea charter boat industry brings in $7 billion a year for the Sunshine State’s economy, employing more than 100,000 people, according to Florida Fish & Wildlife Conservation Commission.

However, if your business model ranks the cost of fuel as your top business expense, the price at the pump can make or break your business.

After several years of sky-high prices, fuel at some marinas is below $3 a gallon, and boat captains can see smooth sailing ahead.

Charter boat captain Stan Saffan has been operating the 45-foot Therapy IV for decades.  His boat can accommodate seven fishing lines simultaneously, for six paying customers during each trip.  He says a few years ago, when boat fuel cost upwards of $5 a gallon, it cost nearly $10,000 a month for each boat.  And when tourists are paying $550 a half-day to go out on his boat, there was no way he could pass that extra fuel cost along; customers wouldn’t keep coming.

Captain Taco Perez, of Hooked Up Charters in Fort Lauderdale, has been fishing his whole life.  He also runs a 45-foot boat.  The cheaper cost of fuel has not only made his profit margin far better, it’s allowing him to expand his business horizons.

“You know, we’ve got Cuba right around the corner,” says Captain Taco.  "I’m looking forward to maybe spreading my wings over there a little bit, doing some fishing there, increasing the number in our fleet for the whole crew...pretty much putting it back into the business.”

For American drivers, AAA predicts the national average for a price of unleaded gas at the pump will be under $2 a gallon by Christmas.  That means the end of 2015 will mark the cheapest gas prices since 2009.

Not only does that mean that people are more willing to travel further, tourists have more money in their pockets to spend on Florida deep sea charters and their fishing adventures.

And Florida’s charter boat industry believes that explains why this has been one of their busiest years, with bookings up significantly.