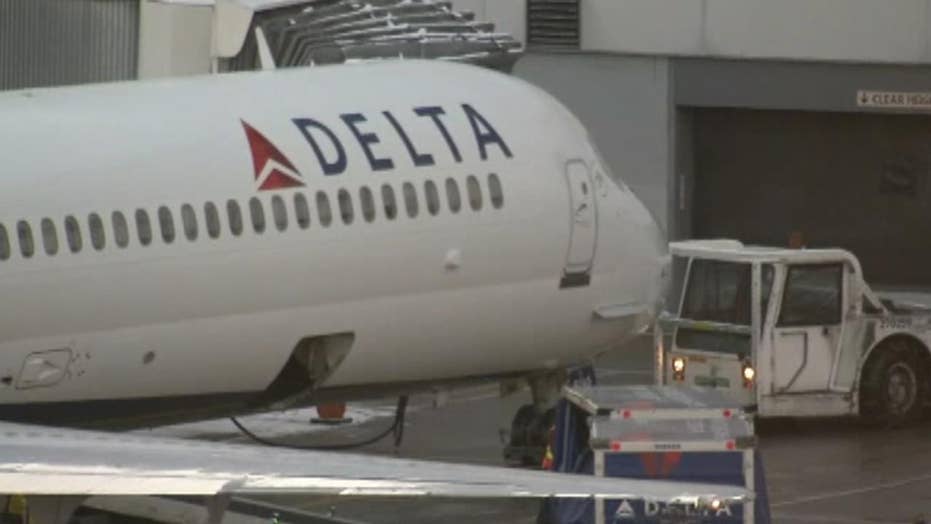 Maintenance crews tried to locate sparrow that flew into cockpit.

An unexpected stowaway forced a Delta flight to turn around late Saturday morning.

Delta flight 1943 from Detroit to Atlanta had to return to Detroit “shortly after takeoff” because a small sparrow had snuck into the cockpit, airport officials said.

The feathered culprit slipped on the plane during boarding and then made its way into the cockpit, where the captain become aware of the nuisance.

Maintenance crews were called in to help look for the bird, but it was so small neither the crews nor the captain could find it after searching for more than an hour – and delaying the flight at least that long, Fox 5 Atlanta reports.

The pilot initially announced to passengers that they may need to do a plane swap after they were unable to locate the bird, but ultimately decided to proceed as scheduled and fly the plane to Atlanta.

Once the pilot landed the plane back in Detroit, crews were able to locate the sparrow and safely remove it from the plane. (Fox 5 Atlanta)

A passenger on board said “literally an hour into the flight,” the captain made another announcement to the crew and passengers, Click on Detroit reported.

“I have an update that the bird is back and it's going a little nuts in here in the cockpit and we do not feel safe continuing on this flight, so we're going to go back to Detroit," passenger Brian Buonassissi told Click on Detroit.

Once the plane landed back in Detroit, crews were able to find the bird and safely remove it from the plane, officials said.

The flight continued on to Atlanta after a long delay. Some passengers had to rebook flights because the delay caused them to miss their connections.

Buonassissi, an international DJ who was on his way to a gig, said, "I have had some crazy stories, but that one takes the cake for sure."