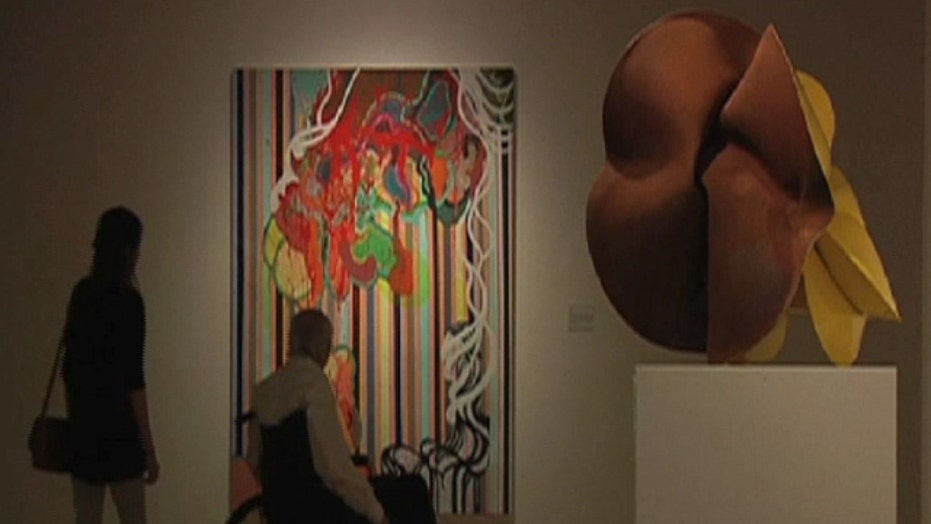 Neon lights aren't the only bold colors in Las Vegas.

Today, due to a thriving art community and growing number of museums and galleries showcasing a wide range of styles and mediums, Sin City is becoming an internationally acclaimed art town.

"We get customers from all over the world now," said Jana Lynch, owner of the Jana's Red Room art gallery that features work from local artists.

Lynch has sold thousands of pieces since opening her downtown Vegas shop a few years ago. The pieces start as low as $10 but can go as high as $10,000.

She tells FoxNews.com that her customers are primarily tourists who want more out of their Vegas visit.

"They enjoy the hotels and gambling, but at some point, though, they want to see the real Vegas and they're searching out the antiques and the art," Lynch said.

The art displays in Vegas range from fine art exhibits, like those found at the Bellagio or Cosmopolitan, to modern galleries in Vegas' growing downtown district.

That diversity has allowed artists to create what inspires them, as opposed to other big art cities, such as Los Angeles or New York, where the demand for certain types of art is greater.

"It's definitely free here. There's not a lot of constriction," said Clarise Cuda, a Vegas-based artist. "It's kind of whatever you want to create."

Tourists in search of art don't even have to venture beyond The Strip because museums and galleries are located right on Las Vegas Boulevard.

There is the Neon Museum, Imagine Exhibitions Gallery, Bellagio Gallery of Fine Art --just to name a few.

Perhaps the most interactive exhibit is the new Andy Warhol Museum at the Polaroid Fotobar. It features Warhol's signature Silver Clouds display, dozens of his celebrity Polaroid pictures and his wax figure, which was flown in from Madame Tussaud's in London.

Jerry Schefcik, University of Las Vegas Art Galleries director, says Vegas hotels have added the art for culture -- and to make money. But the overall art scene in Vegas is growing because it attracts artists who think outside the box.

"The artists aren't bound by any preconceived notion of what an artist is supposed to be," Schefcik said. "Like, if you go to New York you may have to fit into what they expect an artist to be in New York or L.A. or somewhere else."

"I've realized there's huge potential here, and I'm going to sure try to maximize it for my artists," Lynch said.