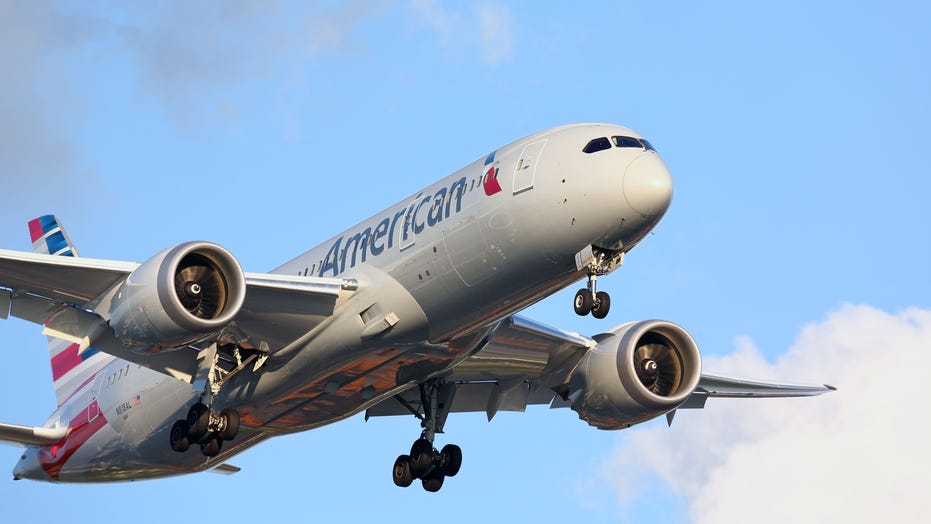 A woman is claiming that she was sexually assaulted by an intoxicated man after he was over-served alcohol by flight attendants.

According to the woman, flight attendants continued to serve the man alcoholic beverages even after she complained about his behavior. She also claims that he groped her after making several inappropriate comments.

AIRLINE PASSENGERS INJURED DURING 15 SECONDS OF SEVERE TURBULENCE: 'WE ALL THOUGHT WE WERE GOING TO DIE'

She is now suing American Airlines for $6 million.

The incident allegedly occurred Nov. 9, 2018 on an American Airlines flight from London to Dallas, NBC5 reports. The victim, whose name has not been reported because she may be the victim of a sexual assault, was seated in a window seat next to the alleged groper, whom she says she did not know.

She claims the man’s behavior started as normal, but he eventually began making crude comments. He reportedly made rude remarks about her drinking a glass of milk and loudly stated that the two of them were going to have sex in the plane’s bathroom.

A woman is claiming another passenger groped her while on a flight after he was over-served by flight attendants. The woman is suing the airline for $6 million. (iStock)

The woman says that she complained about the man’s behavior to flight attendants, but they continued to serve him drinks.

At one point, the intoxicated man placed a blanket over her and grabbed her multiple times. When the woman tried to get up and leave, he reportedly grabbed her and said, “Please don’t divorce me!”

After this, the woman was moved to a different seat, NBC5 reports. Authorities reportedly met the plane when it landed and the accused groper was escorted off the plane, but he was not charged with any crime.

In a statement obtained by NBC5, a spokesperson for American Airlines said, “We want all of our customers to have a safe, positive travel experience with us. We are deeply troubled by any allegation of misconduct onboard our aircraft or at any of our facilities."

A spokesperson for American Airlines did not immediately respond to Fox News' request for comment.