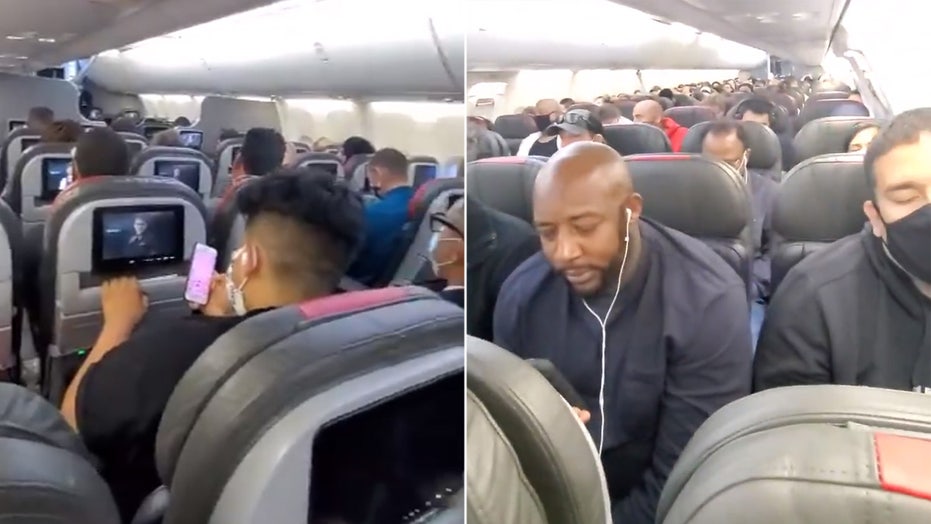 A passenger who recently flew with American Airlines claims she felt extremely “unsafe” and alleged her flight to Texas was almost “completely full” — but American Airlines is now saying that wasn’t exactly the case.

FLYING DURING THE CORONAVIRUS CRISIS: HOW TO STAY SAFE ON A PLANE

The woman, who identifies herself as Tammy Gonzalez on Twitter, claimed on May 17 that she had “just” flown with American Airlines aboard a flight from Fresno, Calif., to Dallas. In footage that accompanied her tweet, Gonzalez can be heard remarking that the plane is “so overcrowded,” while panning across the cabin to show what appeared to be several rows of passengers seated directly next to each other.

“All rows with the exception of maybe 4 rows were completely full of passengers. I've never felt so unsafe in my life," wrote Tammy Gonzalez of her May 17 flight. (Tammy Gonzalez via Storyful)

“Just flew on @AmericanAir flight AA1154 from Fresno to Dallas. Apparently airlines are exempt from CDC guidelines for social distancing,” Gonzalez wrote. “All rows with the exception of maybe 4 rows were completely full of passengers. I've never felt so unsafe in my life.” In replying to her own video, Gonzalez added that she found it “sickening” that American Airlines would “put our lives at risk to make money off a couple extra seats.”

A representative for American Airlines responded to Gonzalez’s tweet, writing that the company was “working hard to create more space” on its planes.

The airline, too, had previously said it would be blocking off 50 percent of the middle seats its main cabin seating in order to create more distance between passengers, a policy the airline reiterated when contacted for comment on Gonzalez’s experience.

“As we have said previously, on flights through May 31, American will limit the number of passengers on each aircraft,” a representative for the airline said in a statement shared with Fox News. “As part of this limit, American will not assign 50 percent of main cabin middle seats or seats near flight attendant jump seats on every flight, and will only use those middle seats when necessary. Gate agents will also continue to reassign seats to create more space between customers or to accommodate families who need to be seated together. Once on board — as long as there aren’t any aircraft weight or balance restrictions — customers can move to another seat within their ticketed cabin subject to availability.

“That was the case on this flight, which had 28 seats not occupied – the aircraft was not at max capacity.”

On its website, American adds that the airline is currently restricting “some” seats, but cannot guarantee that customers will be able to move to a more “comfortable” seating arrangement.

Gonzalez, meanwhile, has claimed she would have preferred if American had stopped selling tickets.

Gonzalez is by far not the only passenger fearing for her safety following a seemingly crowded flight.

Earlier in May, a cardiologist from San Francisco claimed he won’t be “flying again for a very long time” after every seat on his United Airlines flight was full — despite allegedly receiving a previous message from United Airlines assuring him that middle seats would be blocked off to aid with social-distancing precautions amid the coronavirus health crisis. The incident had even prompted United to revise its policy, and notify passengers (to the best of their ability) of when a flight is anticipated to be “closer to full capacity.”