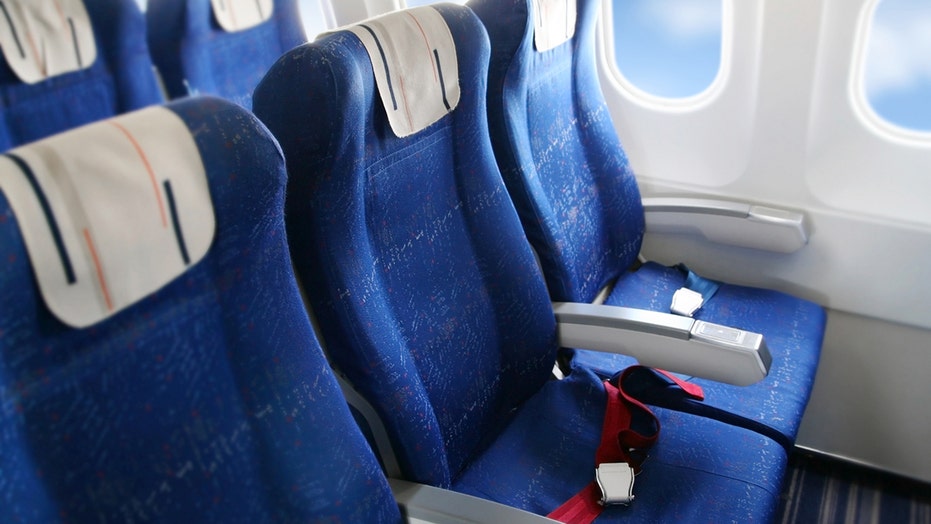 Nobody wanted to sit in the middle anyway.

A growing number of U.S. airlines are temporarily blocking off their middle seats in an attempt to create as much distance between passengers as possible. This effort — along with new mandates for passengers to wear face masks during flights, and proposals for new airline seating arrangements entirely — is just one of the many ways major carriers are responding to the coronavirus health crisis.

But while every major carrier has introduced policies intended to prevent close contact between passengers (and passengers and crew), not all carriers have chosen to block middle seats outright.

IF YOU HAVE TO FLY, HERE'S HOW TO BEST DISINFECT PLANE SEATS

Before you book, take a look at how U.S. airlines are working to keep you as socially distant as possible on their planes:

Alaska Airlines is currently blocking off middle seats on all “large aircraft” through at least the end of May, while anyone flying on the carrier’s smaller aircraft will be blocked from purchasing aisle seating through the same date.

“We may need to ask you to change a previously assigned seat to provide for additional distancing,” the airline said.

American Airlines is blocking off 50 percent of the main cabin middle seats on its aircraft, as well as any seats situated near the flight attendants’ jump seats. This policy will remain in effect until at least May 31, a representative for the carrier confirmed.

“Gate agents will also continue to reassign seats to create more space between customers or to accommodate families who need to be seated together. Once onboard — as long as there aren’t any aircraft weight or balance restrictions — customers can move to another seat within their ticketed cabin subject to availability.”

Delta recently updated its policies and announced on its website that not only will middle seats be unavailable, but certain window and aisle seats will be left empty as well.

On its website, Delta explained that it "will now also block select window and aisle seats in all cabins on aircraft configured with 1x2, 2x2 and 2x3 seating."

A growing number of U.S. airlines are temporarily blocking off their middle seats in an attempt to create as much distance between passengers as possible. (iStock)

The CEO of Frontier Airlines announced on May 6 that the airline will be blocking off middle seats following backlash over a previously announced promotion which would allow passengers to pay in order to keep an adjacent middle seat empty.

“We recognize the concerns raised that we are profiting from safety and this was never our intent. We simply wanted to provide our customers with an option for more space,” Frontier CEO Barry Biffle wrote in a letter to three U.S. representatives following backlash over its promotion, billed as the "More Room" offer.

Under the original offer, announced on May 4, passengers would be allowed to block off an adjacent middle seat by selecting the “More Room” option during booking, with prices starting at $39 for the privilege. (A representative for Frontier also told Fox News that if two passengers seated in the window and aisle seats both select the option for a “More Room” seat between them, both would have been charged.) The “More Room” option was scheduled to remain in place through Aug. 31 before being scrapped entirely.

Upon the original announcement, a representative for Frontier confirmed to Fox News that the airline had already been blocking off every other row “to the best of our ability,” but that this protocol was due to end amid increased demand for travel. The “More Room” option was added for those who plan book future travel with the airline, when passengers may be returning to the skies.

Hawaiian Airlines is manually assigning seats to “increase personal space onboard,” according to a message posted to the carrier’s “Keeping You Safe” webpage. In doing so, the airline had also announced plans to prevent “the booking of middle seats on our jets,” as well as select seats on other, smaller aircraft in order to provide more space for social distancing.

“We will do our best to seat families and guests traveling in the same party together, whenever possible. We encourage guests who prefer to seat together to contact us ahead of the flight or see an airport agent,” the airline writes.

A representative for Hawaiian Airlines was not immediately available to confirm when this policy took effect, or will expire.

JetBlue is limiting the seats available to book on its aircraft, for the purposes of helping guests and crew maintain social distance, but the airline did not say which seats specifically, aside from those near crew members’ jump seats.

“We are limiting the number of seats for sale on most JetBlue flights, allowing us to provide additional space between individuals who are not traveling together," JetBlue writes. "Our crewmembers are proactively reviewing seat assignments to help ensure as much personal space as possible.”

JetBlue said approximately a third of its seats are currently unavailable to book, USA Today reported.

Blocking off seats is just one of the ways major carriers are responding to the coronavirus health crisis, along with new mandates for passengers to wear face masks during flights, and proposals for new airline seating arrangements entirely. (iStock)

“We’ve changed our seating process to improve social distancing by blocking middle seats on most flights,” Spirit Airlines confirmed on its website.

A representative for the airline was not available to confirm which flights or types of aircraft, specifically, would be affected by this measure.

Southwest Airlines is not blocking middle seats specifically, but instead instituting a cap on the number of passengers allowed in each of its aircraft.

Beginning May 2, to allow Customers to spread out in comfortable distances, the total number of passengers seated in the cabin will be reduced temporarily,” the airline announced in a May 1 press release. “Customers may still pick their own seat, and Southwest will not be blocking seats or directing seating. In our open seating environment, families or those traveling together may sit together.”

According to the current policy outlined on United’s website, the airline has limited passengers from booking middle seats “where available.” On aircraft that feature two-seat rows, United will only allow one of those seats to be booked, while the other remains empty. If a passenger is seated in the window seat, the window seat directly in front will be blocked; if it’s an aisle seat, the aisle seat directly in front will be blocked.

“We expect to keep these measures in place through May 31 and will continue to evaluate how best to proceed given the fluidity of the current situation,” the airline’s website reads.